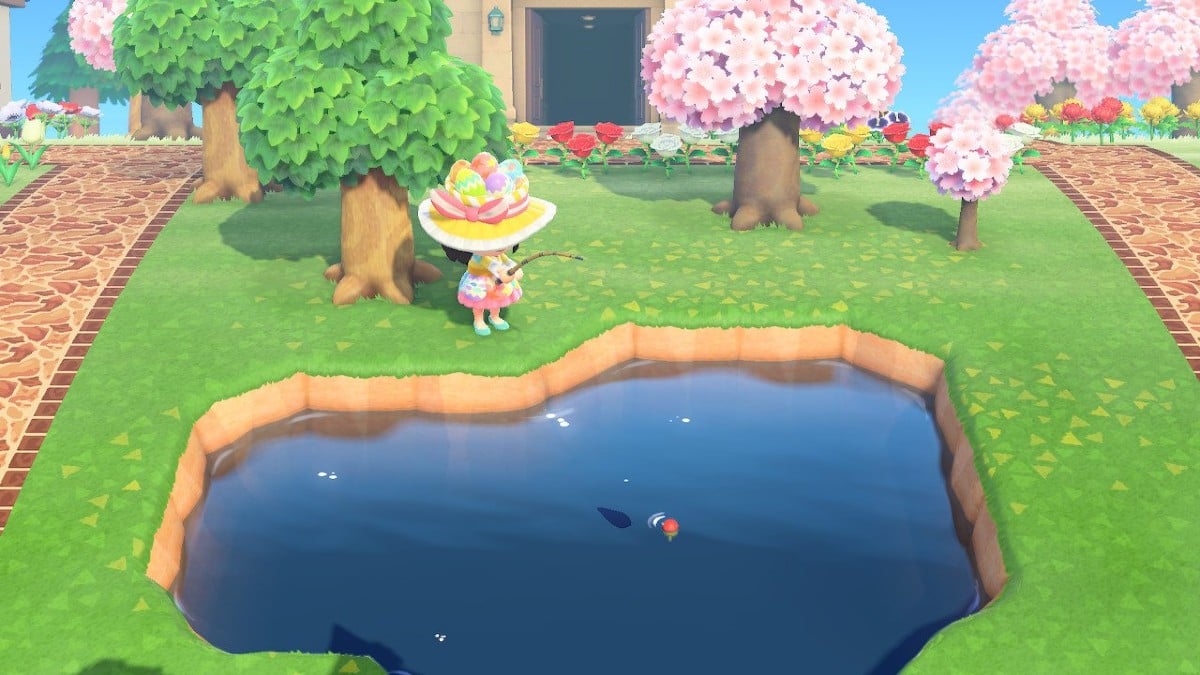 If you’ve been playing Animal Crossing: New Horizons for a year and a half, you might have asked yourself, “What makes the ponds in the game so curvy?” A game developer has uncovered the secret to their curvaceous angles and shared his findings on Twitter.

Whisker Squadron dev Aaron San Filippo tweeted that the reason why the ponds are curvy in Animal Crossing: New Horizons is because Nook Inc. uses a dual grid system to build their tiles, enabling them to take on various shapes along a single line or edge. As you can see in the subtweet below, which was posted yesterday, the first image shows the single grid tiles overlaying a screenshot of a villager fishing in the pond, and the second image shows his rough sketch of the dual grid system to determine the shape of a certain area of terrain and how it will manifest.

San Filippo also explained some tidbits on avoiding repetitive tiling on grass, despite the terrain being made up of the same tiles as people-sized ones. The grass tiling doesn’t repeat itself thanks to world space UV mapping for space texture and additional layers of coloration — both done at different frequencies than the underlying models.

According to ScreenRant, the dual grid system is what allowed the terraforming feature to be introduced in Animal Crossing: New Horizons for the first time in the series’ history. Thanks to that system, the terraforming feature gives players the ability to sculpt out their island’s terrain to include waterways, waterfalls, sidewalks, cliffs, and other geological features in creative ways.