Competitive multiplayer is coming to Ghost Recon: Breakpoint where it pits four players against another team of four as they attempt to survive in a great map. The players are not the only thing on the battlefield, as there are an array of NPCs players have to deal with along the way. All the while, there’s a large circle pushing the players further into the middle, forcing them to meet and take the others out.

There’s randomized loot covering the entire map, forcing the team to grab whatever they can find to use to their advantage. Players need to be on the lookout for players, but they have to keep their eyes peeled for any enemies they may encounter. Each team can expect to deal with an army of NPCs as they traverse the map, working together to take them out. Some of these encounters may get ruined by the enemy team sneaking upon them as they make a bunch of noise.

There’s a massive circle surrounding the entire map to encourage players to keep moving. The ring is slowly pushing the teams to meet, damaging them if they spend any amount of time out of the circle. It works similarly to many of the battle-royale games currently on the market. Players are never going to feel safe.

There are going to be different classes available to players, allowing them to choose a playstyle that fits their team composition. These classes are going to force players to discuss their strategy and figure out what’s going to work best for any given situation they encounter.

You can pre-order Ghost Recon: Breakpoint right now for the Xbox One, PlayStation 4, or the PC. The game releases on Oct. 4. 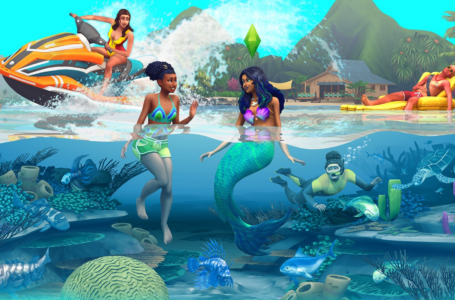 Ranking the Worlds in The Sims 4 from worst to best