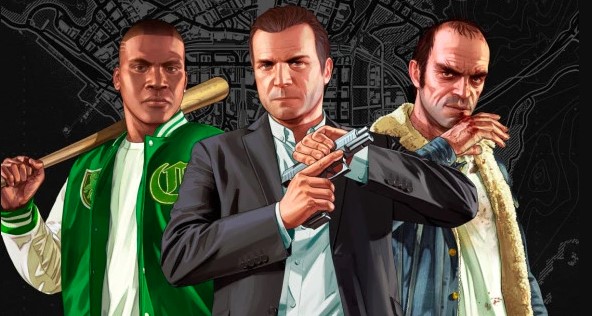 It’s no surprise that Grand Theft Auto V has been an absolute success. Released on two console generations, PC, and with an ever-successful online mode, the game has brought in billions of dollars for the developer, Rockstar Games. Now with the 2010’s done and over, Rockstar has announced that its game is the best-selling game of the decade.

According to the studio, based on NPD data, the game is the best-selling in US dollar sales. It also earned BBC’s Game of the Decade according to the UK’s GfK charts, which tracks physical sales. Even almost six years after its initial release, the online mode is going incredibly strong. With the recent releases of the Diamond Casino update, and then the Diamond Casino Heist, the playerbase for GTA Online topped its records in December.

What’s even more good news for Rockstar, its most recent game, Red Dead Redemption II, also makes the top 10 list of the decade’s best-selling games, coming in 7th, and Rockstar announcing its the best-selling game of the past four years. The game received rave reviews, and the steady support for its online mode has brought a ton of players to it. Last month’s Moonshiners update brought in another high point for the game’s player count, which was then topped again this month.

Rockstar is celebrating this news with some special giveaways in both online modes. Players in GTA Online can receive a solid $1 million if they play between Jan. 30th and Feb. 5th, and then again Feb. 6th – 12th. For Red Dead Online players, you can receive the Gunslinger’s Cache between Jan. 28th – Feb. 3rd to get a Schofield Revolver, a Reward for one free Varmint Rifle, and the Devastating Ammo Bundle. Between Feb.4th – 10th, players can get the Bounty Hunter’s Kit, which gives them a Bounty Hunter license, 25 Bolas, and 25 Tracking Arrows.

Both Grand Theft Auto V and Red Dead Redemption II are available now on PC, Xbox One, and Playstation 4.