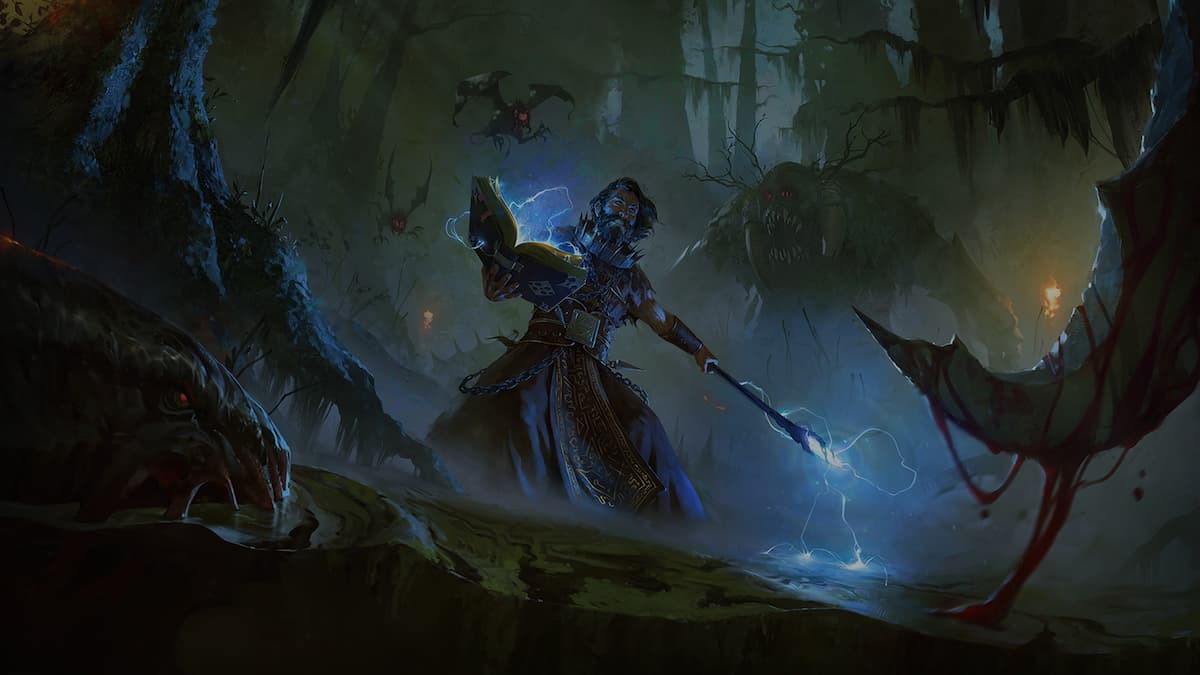 Graven, a dark-fantasy FPS adventure, will have you battling against the endless hordes of abominations, flinging magical spells and cutting them down using a crossbow or any other weapons you can get your hands on. Developer Slipgate Ironworks, the team behind Ghostrunner, have announced that Graven is available for PC players through early access. Players who jump into Graven’s early access can expect a rough but playable build that will be built on in the coming months leading up to the game’s official release, which is still slated to be sometime in 2021.

Players will assume the role of an exiled priest sentenced to live the last of their days in an unforgiving small and operate in a small village overrun with monsters and creatures of the night. Graven aesthetically looks like it was pulled from a 90s computer, giving it a rough overall texture, which can be unappealing for some players who prefer the flashy and cutting-edge look of previous games, notably Ghostrunner. It’s a unique approach that makes Graven stand out, alongside the numerous puzzling solving mechanics, environment-altering features of the main character’s spells, and vast weaponry of medieval weapons.

You can pick up Graven starting today through Steam, GoG, or Epic Games Store. At the time of this writing, it looks like Graven has not officially gone live yet, but that should work itself here shortly.