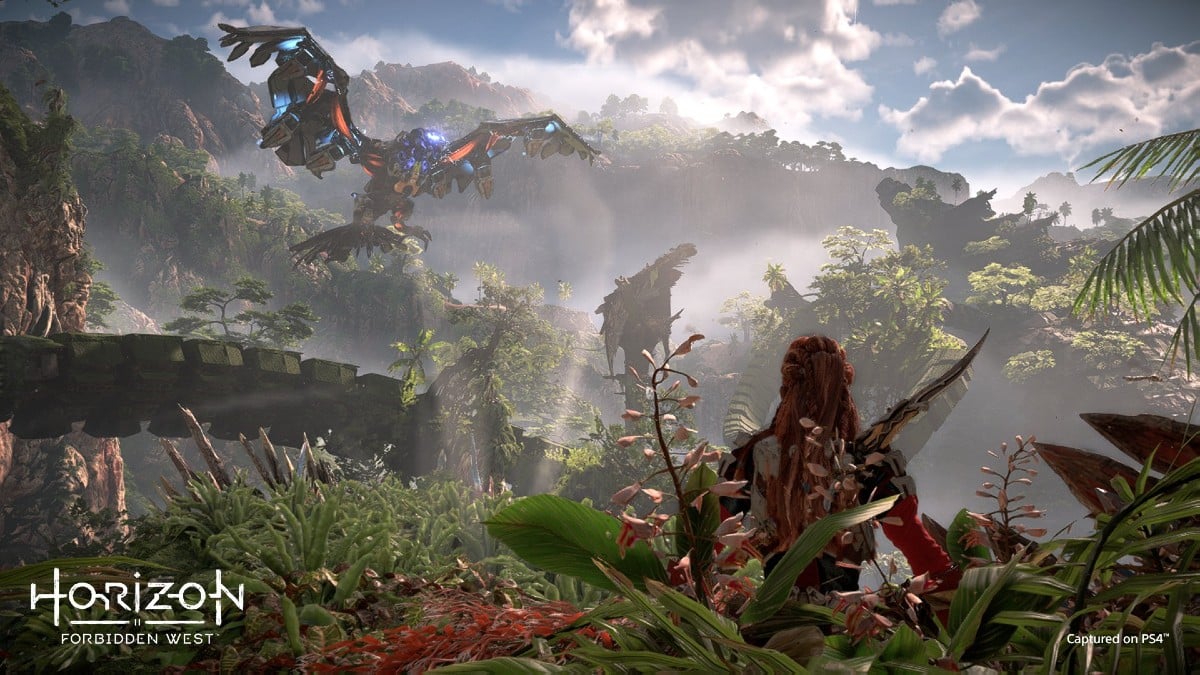 For those worrying about how the quality of Horizon Forbidden West will be on the PS4 compared to the PS5, fear not. Guerilla Games has released photographic evidence of the game looking and playing nearly as well on the 8-year-old piece of hardware as it does on the PS5.

Guerilla Games tweeted four screenshots from the PS4 version of its upcoming sequel to Horizon Zero Dawn, which is set to release on the same day as the PS5 version, February 18, 2022. Whether these screenshots were captured on the base PS4 model or the PS4 Pro is unknown, but they show that the graphics of Aloy’s world have almost as much depth and beauty on the aging console as it does on its successor.

Previously, much of the footage we’ve seen for Horizon Forbidden West came from the PS5 version, leaving many curious as to what it would look like on the old-gen console. Every console generation has proven to provide higher visual fidelity to the games’ characters and their environments than the generation of consoles that came before it, but Guerilla’s in-house software, the Decima engine, was a graphical powerhouse when Horizon Zero Dawn came out on the PS4 in 2017. To that end, the studio made sure to test Forbidden West on both the PS4 and PS5 so that the former version comes out uncompromised.

“We actually developed and tested the game simultaneously on both PlayStation 4 and PlayStation 5, because it’s very important to us as a studio to ensure PlayStation 4 players get an equally immersive experience,” Bastien Ramissee, Guerilla’s lead character artist, told PlayStation Blog back in September. “With our knowledge from Horizon Zero Dawn, we knew that we still had some unexplored resources that could push the realism and quality of our character assets forward; it’s great to now be able to tap into that knowledge and experience for the sequel.”

In the past, whenever a game was made for current-gen consoles and previous-gen ones, studios end up watering down the graphics using engines for the older consoles because they were incapable of handling the processing power of engines created for newer consoles. Now that Horizon Forbidden West is coming to both the PS4 and PS5, the Decima engine is expected to run on an equal amount of power.