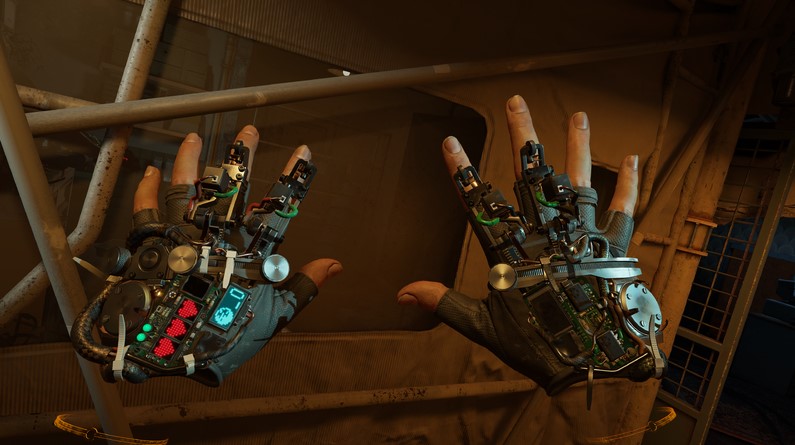 Getting a big game like Half-Life is huge for the VR scene, and fans of the series are eagerly awaiting the next entry, Half-Life: Alyx. A completely VR game, many fans have wondered how the gameplay would be affected by this new medium. Some new information about this has been revealed through a video by Adam Savage’s Tested.

The guys at Tested got to visit Valve to test out how the game plays on several different VR headsets, while also talking with Valve about how movement and world interaction will work in the game. One of the game’s features to help with all of this is its “gravity gloves,” which allow the player to pull objects to them.

In a VR game, it can be tedious to walk around and interact with every item, but this ability to pull them towards you will help keep the pace of the game engaging, instead of being bogged down by constantly walking around to see everything. It can also help in combat by allowing you to grab certain objects and throw them at enemies.

On top of just the gravity gloves, the video also shows off other moments of interaction within the game. Reloading guns is much more interactive, with the gun needing to be unloaded, a new magazine loaded into it, and the slide racked. Some interactions are easier with a simple teleport, such as with ladders.

The controls of the game appear to be based on which headset you are using. We know the game is coming to many different VR headsets, including Valve’s own Valve Index. On this headset, controls seem to make good use of hand tracking. Other headsets had different inputs, and Tested had various opinions on how these handled. For anyone looking to get their own headset for the game’s release and aren’t sure which one they want to go in on, this video could be a big help in deciding.

Half-Life: Alyx is set for release in March 2020, and many of us are excited to see what Valve will do with VR technology to make the game more immersive for players.