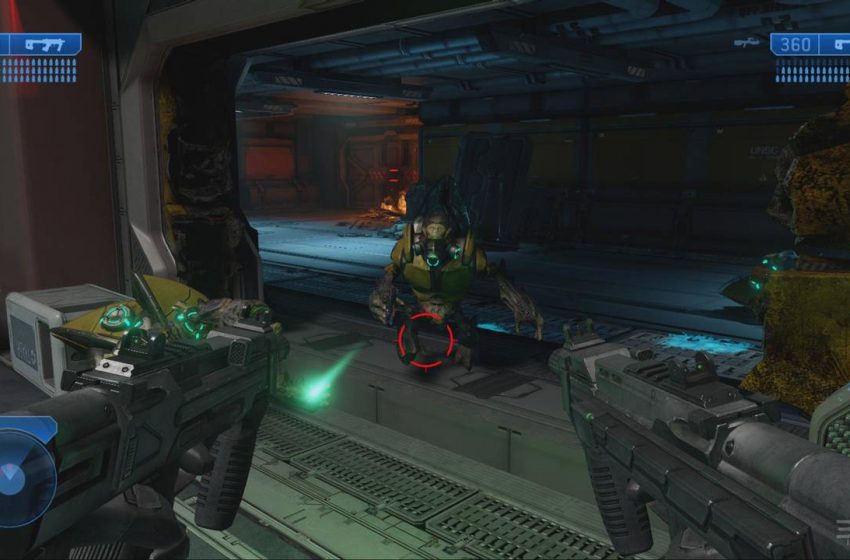 Details about Halo: Infinite have been sparse since it was originally teased at E3 2018. Developers originally squashed rumors of a potential battle royale mode being planned, but it seems things have changed in the nearly a year that has passed since then with the explosive growth the genre has seen in that time.

While nothing concrete is confirmed, journalist Brad Sams of the Sams Report has picked up hints that, in addition to the rumors of the $500 million budget being at least close to accurate, if not exact, a “Halo-esque” version of the popular and ubiquitous game mode are now in the pipeline.

This wouldn’t be a surprising move. With the kind of money, Microsoft is throwing at the project they want to ensure as big of a success as possible. Halo had always experimented with different game modes and putting their own spin on then-popular trends (such as the staple Firefight game mode being a slightly different take on the inescapable Horde Mode trend of the time when Halo 3: ODST was first released). The surprising and fast-growing success of the battle royale genre is a tempting prospect for most publishers, AAA and indie alike, and has led to some interesting twists on a type of game that used to seem pretty one note.

In that regard, I’m interested to see what makes a Battle Royale “Halo-esque” and how they’ll make it different from the usual Free For All Deathmatch modes the games usually include. Apex Legends incorporated hero based tactics into the genre, so perhaps Halo‘s now-standard Armor abilities will be enough to set it apart from other battle royales.

Halo: Infinite is currently rumored to kick off E3 2019’s Microsoft Conference on June 11, so we won’t have to wait too long for more details.