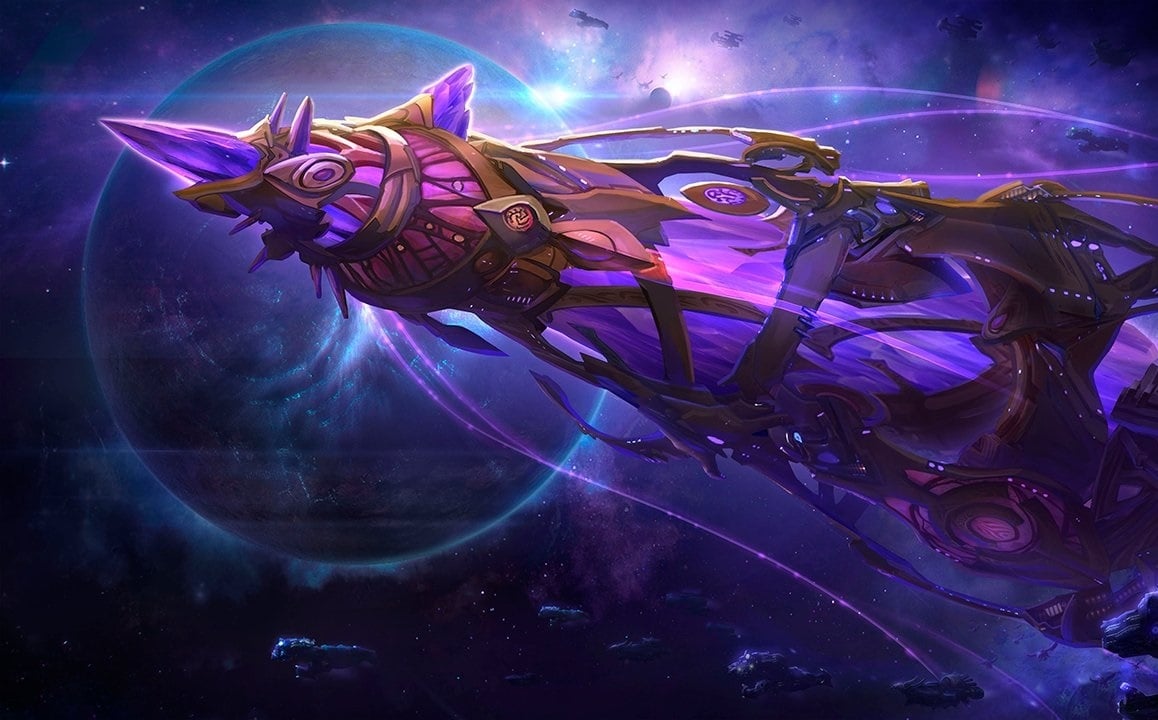 The official Heroes of the Storm Twitter account has gotten the game’s community buzzing with rumors of upcoming content mixing Warcraft and Starcraft flavors. On August 29 and 30, the account posted pictures of Zerg and Protoss spacecraft respectively, adorned with Warcraft-themed details and surrounded by dragons and gryphons – yes, in space. There is no word from Blizzard on what these images are about.

The first teaser shows a Zerg Leviathan ship, with what looks like an Undead citadel structure on its back. Flanking the spacecraft are flocks of Mutalisks and Frostwyrms – two species that could only canonically meet in Heroes of the Storm. The second teaser shows the Spear of Adun – or a very similar Protoss spacecraft – re-imagined with what the game’s community believes is a distinct Draenei aesthetic. All around it are Terran Battlecruisers, accompanying it through space on an unknown mission.

What does all this mean? Historically, out-of-context teasers like this have indicated the imminent arrival of new content, be it an in-game event, new map, new hero, or some other new feature. Based on these images, we can guess that the new addition will not be a single hero, since the images blend the two separate franchises of Warcraft and Starcraft together. Moreover, Heroes of the Storm welcomed a new hero fairly recently with the addition of Mei from Overwatch.

It seems much more likely that the teasers are hinting at a new map or game mode coming to Heroes of the Storm, or even a sweeping Nexus Anomaly to spice up the MOBA’s gameplay. We will know more soon, as Blizzard tends to follow up teasers like this with a reveal a day or two later.