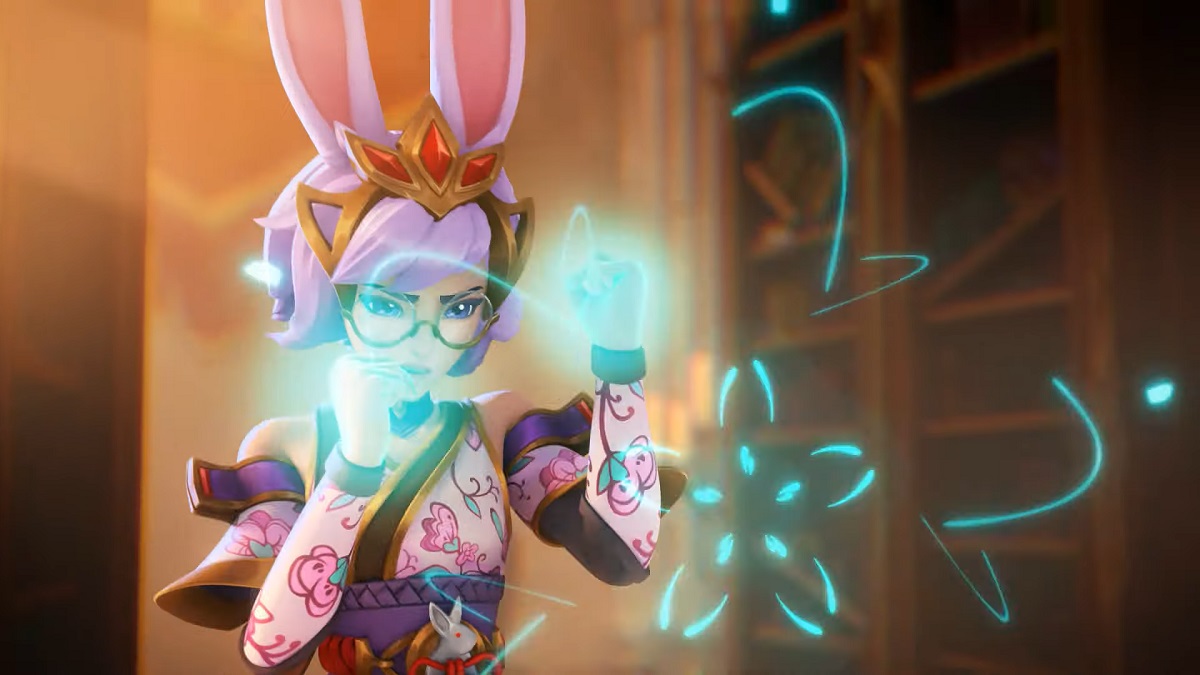 Hi-Rez just Studios has given fans the first glimpse of Rei, the upcoming champion joining the Paladins roster. Rei will be the 50th champion in the game and will arrive in July 2021. The Scholar of House Aico is a support mage who uses her mystical powers to heal and shield teammates.

Rei wears a spectacle and has long bunny ears. She belongs to the house of Aico, which automatically makes her a subordinate of Lian. The short teaser dropped by Hi-Rez Studios was very brief and hardly featured any gameplay of Rei. However, it was made clear in the teaser that Rei’s kit will revolve around healing and shielding. She can be seen using a healing ability on Khan, which he abruptly avoids. This suggests that the ability will be a skill shot rather than being a point-and-click power.

The teaser culminates with Rei creating a barrier around herself and Khan that protects them from incoming debris. While inside the barrier, they do not take any damage, which suggests this could be her ultimate ability.

According to the teaser, the champion will be available in July, but the official release date is yet to be revealed. However, with a new crossover event with Rooster Teeth on the horizon, expect more details to come out soon.