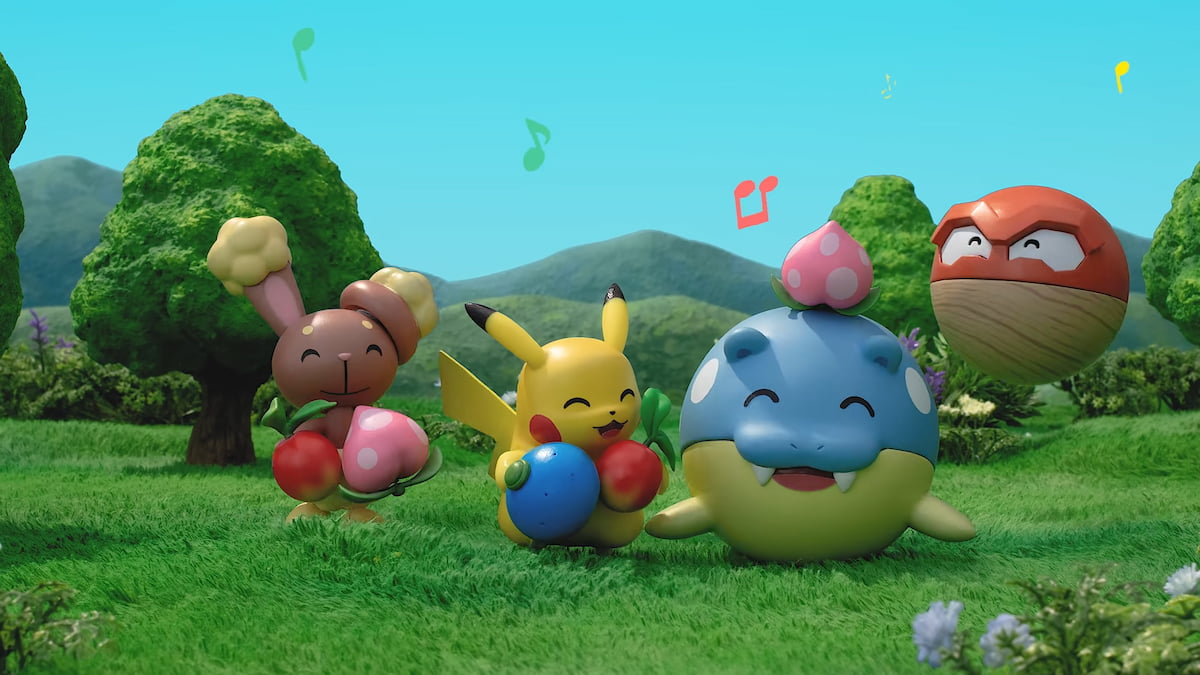 Leading up to the Game Awards on December 9, the Pokémon Company announced the latest Pokémon to receive a Hisuian form for Pokémon Legends: Arceus, Voltorb. The Pokémon will be available in the Nintendo Switch open-world game and can appear in the wild during the adventure. To promote Hisuian Voltorb’s announcement, the Pokémon Company created a brief stop-motion animation starring Hisuian Voltorb and several other Pokémon.

Pikachu, Buneary, Spheal, and Hisuian Voltorb are picking berries together in a berry patch. When Hisuian Voltorb finally sits down to enjoy the meal, it becomes so excited it accidentally shocks Spheal, leading to a brief disagreement between it and Pikachu. The story is expected to continue with another upcoming stop-motion video in the future.

When Hisuian Voltorb appears in the game in the Hisui region, it will be an Electric and Grass-type Pokémon, making it weak to Bug, Fire, Ice, and Poison-type moves, but resistant to Steel, Water, Grass, and Electric-types. While Hisuian Voltorb has been revealed, a Hisiuan version of its evolved form, Electrode, has not been released, but many fans speculate it will receive the evolved form.