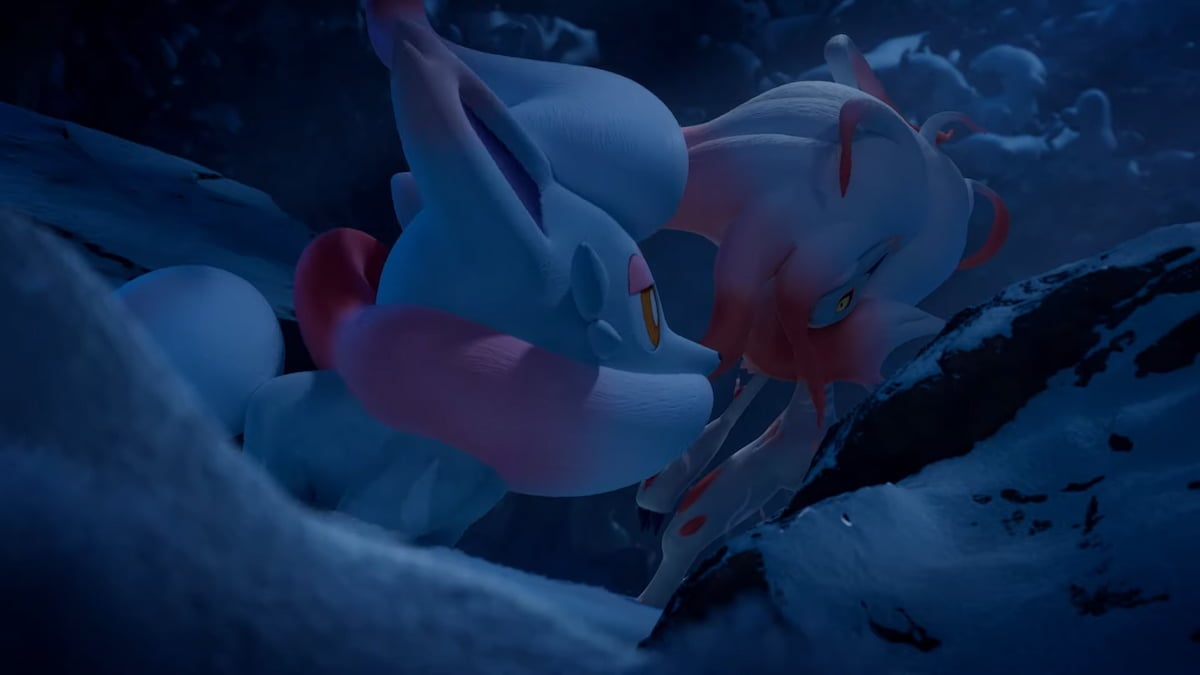 A rare piece of mysterious footage was posted to Pokémon’s Twitter account on Tuesday, in which viewers could not see or make out any of the details. Today, the footage has been uncorrupted, and it’s been revealed that Zorua and Zoroark will be receiving Hisurian forms in Pokémon Legends: Arceus.

The footage shows the fully evolved form of Zoroark protecting the smaller Zorua as the one recording the footage walked too close to their territory. However, at the end of the clip, we have a much better view of both Pokémon as they stand over the camera.

Zorua is originally Dark-type Pokémon that was released in the Unova region in Pokémon Black and White. Zorua evolved into Zoroark at level 30. Some have rumored that these two will be a Normal and Ghost dual type, a first to Pokémon, but there has been no official confirmation.

Snorunt, the Ice-type Pokémon from the Hoenn region, could be made out in the original footage, also confirming its return to Pokémon Legends: Arceus. However, we had a much better sight of it in the uncorrupted video, which means we can also expect to see its evolved forms, Glalie and Froslass, returning.

Pokémon Legends: Arceus releases to the Nintendo Switch on January 28, 2022.