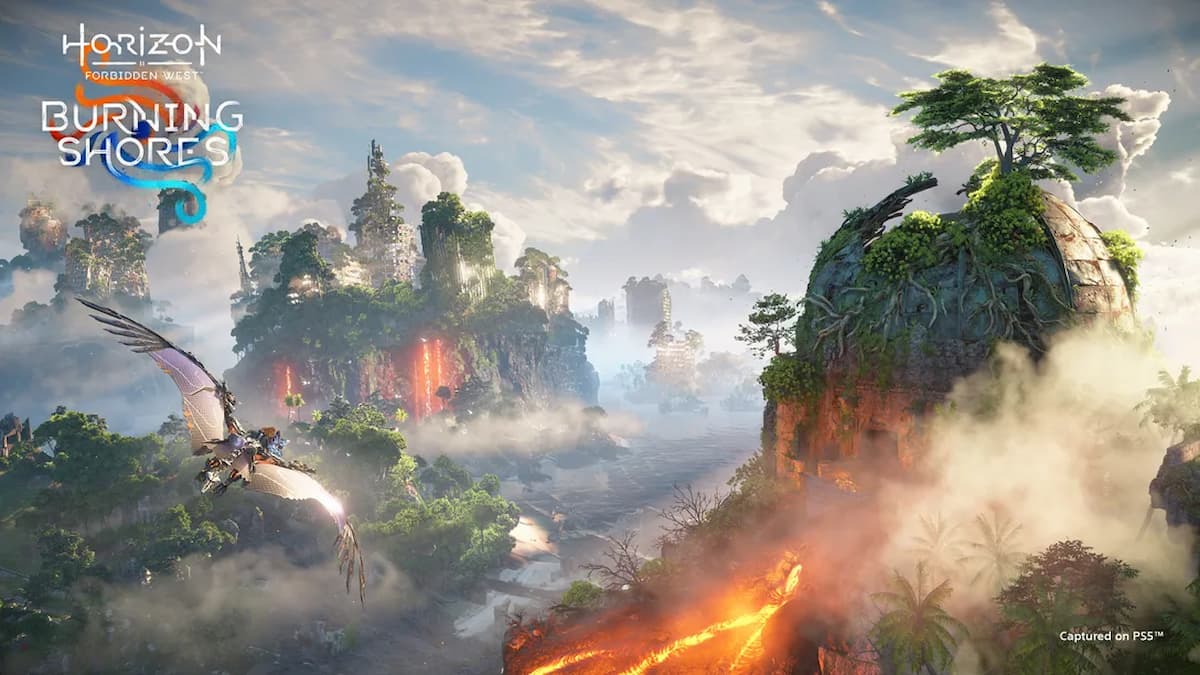 Horizon Forbidden West was already an enormous game, and, like its predecessor, it’s getting what will undoubtedly be a huge expansion in Burning Shores. Taking place in southern California — specifically Hollywood — Burning Shores sees the return of flight, the open world, and massive machines.

Aloy flies down through the clouds to reveal the ruined cityscape of far-future Los Angeles, a waterlogged string of islands where the buildings are at once overtaken by foliage and bleeding molten metal. Getting closer reveals that many islands are raised high above the water’s surface, their domes and edifices standing out like ruined castles.

Related: A Horizon Zero Dawn MMO is reportedly in the works

If the area shown is all playable and explorable, or even a significant fraction of it, Burning Shores will be a DLC on a truly humongous scale. The buildings are all at least hundreds of feet high, and the water between them and the land they stand on looks teaming with life.

The running metal has no definite source in any of the shots shown, but we see the remains of enormous machines also being reclaimed by nature. One of them had been clawing its way over the famous Hollywood sign. At the end of the trailer, this machine comes to life, obliterating the sign and attacking the camera itself. When the screen flashes to black, we learn the release date of the Burning Shores DLC: April 19, 2023.

As the trailer is entirely pre-rendered, we don’t get a clear sense of any gameplay improvements or additions. The world, however, is even more vibrant and lush than the Forbidden West base game, with palm trees, idyllic beaches, and vast watery ruins to explore. There’s similarly almost nothing revealed about the story. However, if it follows the pattern set by the Frozen Wild’s expansion for the first game, it will occur almost immediately following the end of Forbidden West’s campaign, pitting Aloy against new threats, both mechanical and all too human.