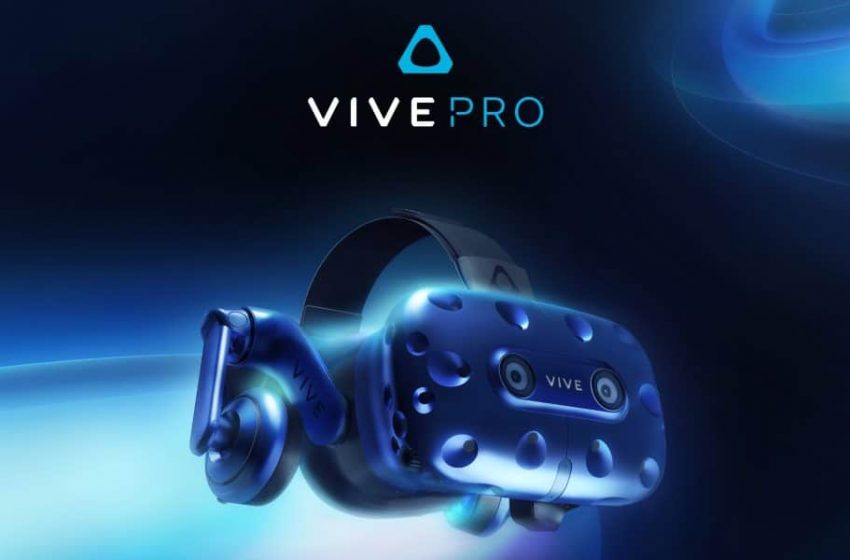 CES 2018 is in full swing and with it come the announcements of the latest and greatest in upcoming tech gear. The VR market is always well represented at CES and HTC has announced its next generation of head-mounted display. Following in the footsteps of the HTC Vive, the upcoming HTC Vive Pro will offer several improvements upon its predecessor, not the least of which is a fairly significant bump in pixels.

The newly announced HTC Vive Pro headset features a significant bump in resolution, providing a combined resolution of 2880 x 1600 pixels across its dual-OLED displays. Compare this to the current generation of Vive HMDs and that marks a 78% increase in pixels. While that is a significant improvement, it doesn’t quite reach the heights of something like the 8K VR headsets that are currently being experimented on by several kickstarter projects. Nor does it come close the roughly 16K resolution that retinas would ideally like to ingest to fight any kind of screen door effect. However, the 3K resolution will be the highest available to gamers and HTC is marketing the Vive Pro to premium VR consumers. Translation: it won’t be cheap.

“There’s a clear need in the VR market for a premium VR experience with high resolution display, integrated audio and the best components available today in a headset,” said Daniel O’Brien, GM U.S., VIVE. “Vive Pro offers an immediate upgrade for both VR enthusiasts and enterprises that want to utilize the best VR experience.”

Bringing the Vive Pro on par with the Oculus Rift, HTC is adding built-in headphones. Additionally, the Vive Pro will include dual microphones with active noise cancellation and dual front-facing cameras.

Finally, if you’re sick of cables, HTC announced the Vive Wireless adapter which will work on both the current Vive headset and the new Vive Pro. It will ship in Q3 of this year, but there is so far no word on when the Vive Pro will be available.