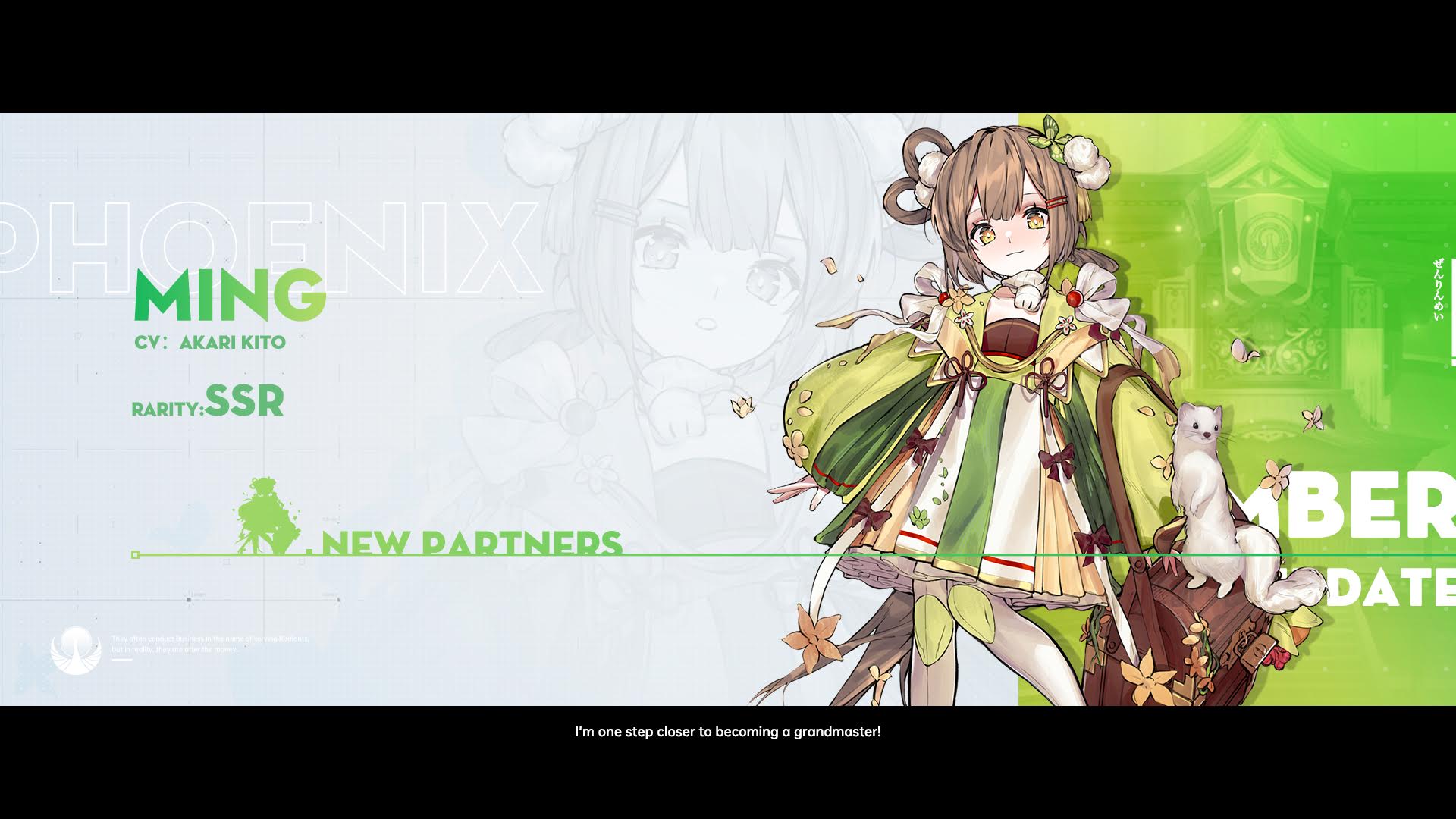 This article proudly brought to you by Superprism Games

Illusion Connect, the polished shojo RPG from developer Superprism, is just about to enter its first-ever Tourney. From November 21 you’ll be able to throw yourself into a “swirling clash of reality and dreams” at the event in the game’s Bloomsea City.

Which is great, because we love swirling clashes.

The event will see Leaders obtaining Martial Tea by entering a time-limited dungeon. If you manage to accumulate enough of this magical elixir, you’ll gain not only achievements but the chance to redeem special items in the event shop.

The Tourney includes a time-limited Contest of Strength mode, too, which will see Leaders cheering for their favorite partners and their Guilds in exchange for reward items.

There are two new partners to cheer for, deployed by the Phoenix Consortium for the occasion.

Ming is a humanitarian and “self-trained doctor.” To be honest, that’s not our favorite kind of doctor, but she seems pretty rad all the same. The exclusive physician to the Houou family, she carries a medicine box that’s rumored to contain her beloved pet ferret, Yam.

In combat, Ming can hit opponents with her medicine box and dispatch Yam for an extra burst of bitey offensive power. You’ll be relieved to hear that she can also heal her teammates.

The other new partner is Brooke, another Houhou family retainer. Brooke grew up as an apprentice of the Old Man of the South Pole, and is now a graceful lady who is inspired by the will of the heavens.

It seems the heavens want her to be a kickass warrior, as she wields a long axe that’s sharp enough to cleave through iron as though it’s butter. Attached to this axe is a bell that jingles with the voice of a crane, which only makes her scarier as far as we’re concerned.

Whenever Brooke is healed, she can instantly release her ultimate skill, dealing a mortal blow to her enemies.

To join the Tourney and check these two awesome warriors out, download Illusion Connect for free right now on Google Play and the App Store.