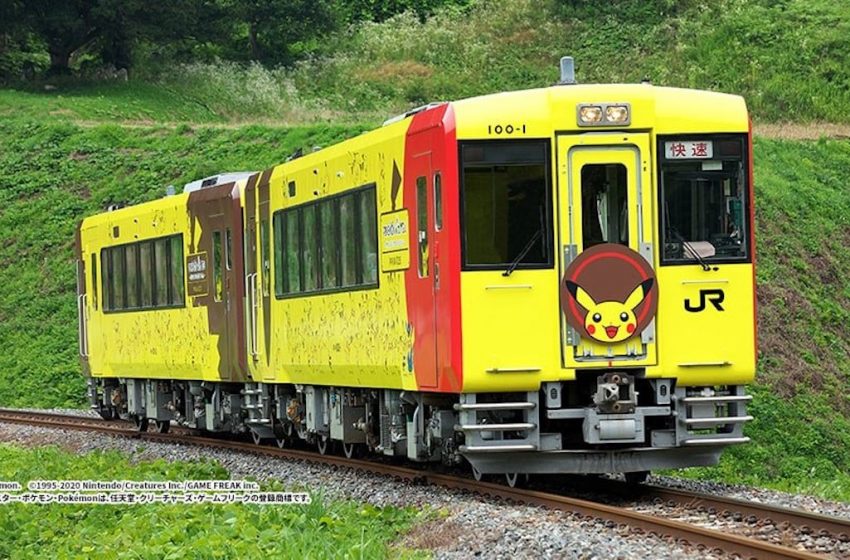 Here in the U.S., we have lots of cool places to satisfy our gamer needs, like retro-themed bar arcades and pop-up gaming events. However, in Japan, it’s a whole different ball game, as they have everything from devoted game cafes (including a spectacular one inspired by Kirby) to various themed stores. And then there’s the Pokémon With You train.

Originally shared by Nintendo Soup, this is a train that runs between Ichinoseki Station and Kesennuma Station, and looks to be the ride of a lifetime for anyone who has ever touched a Pokémon game. A new promo video, released by the national rail in Japan, shows just how much fun it can be.

The Pokémon With You train actually came about in 2012, as a way to help those affected by the Tohoku earthquake and tsunami that happened in March 2011. The train was later updated in 2017 and is still up and running today.

It doesn’t continuously operate on a daily schedule, but when it does, it’s a real trip for Pokémon fans. Inside, it comes with a bunch of Pikachu artwork, as well as a decorative design that really takes advantage of both color and plush.

There are two rooms to choose from on the train. The first one is a Communication carriage, where parents can kick back and play Pokémon games if they wish. Meanwhile, the Playroom serves as a place for their kids to have fun. (Parents can enjoy that as well—it never hurts to be a kid again.)