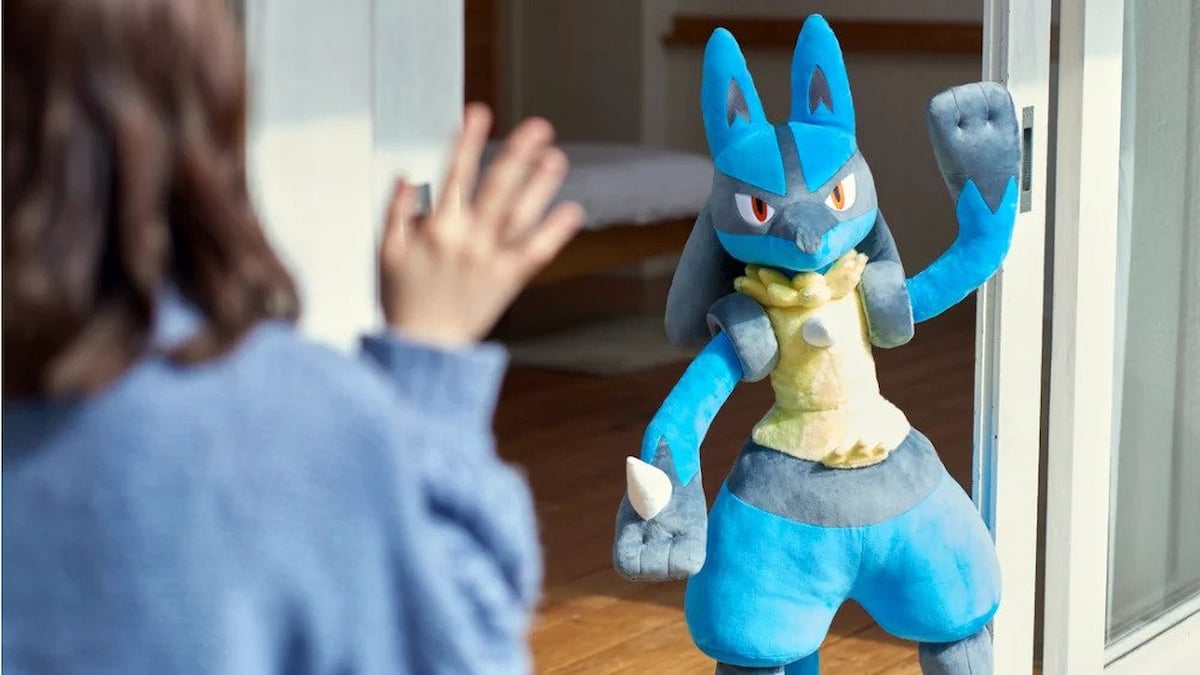 Image via The Pokemon Centre

Feeling like you need the company of a blue, bipedal, psychic dog? Have about $400 dollars to spare? Well, you’re in luck, because the Pokémon Centre in Japan has released a life-sized plush of Gen IV’s Lucario. And yes, it looks just as incredible as you think it does.

The huge plush costs 46,200 yen, which is about $405/ £301. If anything could be described as a luxury purchase, this is it. The great thing about the plush is that it’s poseable. There are some incredible promotional images included on the store page, like Lucario sitting at a table, or helping with the dishes.

The plush is around 1.2 meters tall, which is the canonical height of the pocket monster. But it weighs in at around four kilograms, about 50 short of how much it’s meant to weigh. We should probably count ourselves lucky on that count, though. There’s also a limit on how many they’re selling of the plush, so if you’re interested in getting one, you better act fast. Although at that cost, they might not exactly be flying off the shelves. The order period is set to end on December 16 and is looking to ship out to customers from the end of May 2022.

Pokémon Brilliant Diamond and Shining Pearl also launched today, so the plush is likely coinciding with the release of the remakes. September 28 marked the 15th anniversary of the original games, so with the remakes and the life-sized Lucario, there’s plenty of ways to celebrate your love for Diamond and Pearl.