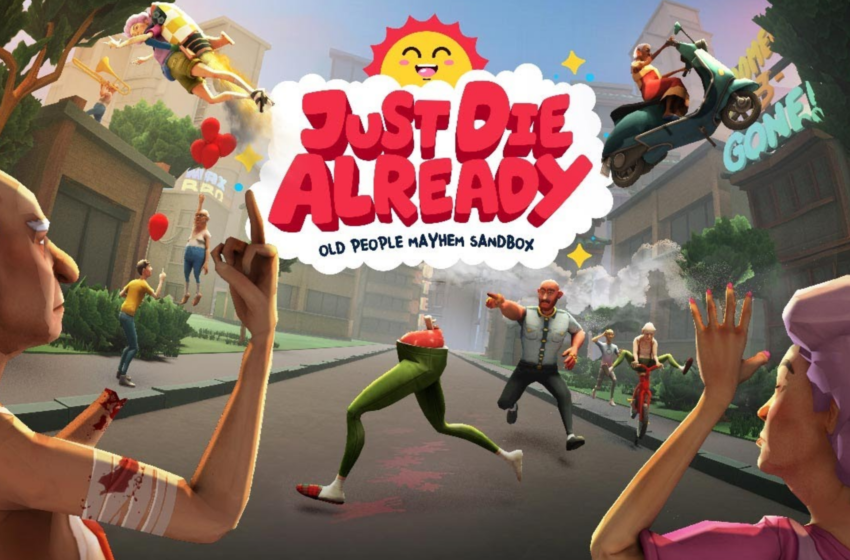 Armin Ibrisagic and his studio, DoubleMoose, the people behind the surprising smash-hit, Goat Simulator, have announced their new game: Just Die Already. The game is described as an “Old People Mayhem Sandbox Game,” with players becoming someone of the “more senior persuasion.” Players will have to compete in a series of crazy challenges in order to earn a spot in the “World’s Nicest Retirement Home.”

The game is described as “ridiculously gory” and “over-the-top,” as players use a wide variety of objects to cause chaos for the Millennial and Zoomer population. These objects include firearms, trampolines, giant trouts, jet packs, and much more. But with that crazy power comes crazy responsibility, as every part of your body can be broken, or even fall off.

The game can be played solo or with up to three friends and will be released on PC this summer. For those looking to release their inner-Boomer a little earlier, a demo will be released on Steam “shortly,” for players to test the game out for themselves.

This sounds like the perfect follow-up game to Goat Simulator, which took the gaming world by storm with its sandbox world, unpredictable physics, satirical gameplay, and hilarious bugs. It’s an absolutely crazy game, and Just Die Already sounds to be in the exact same vein. With everything going on in the world right now, this could be just the kind of absurdity we need right now.