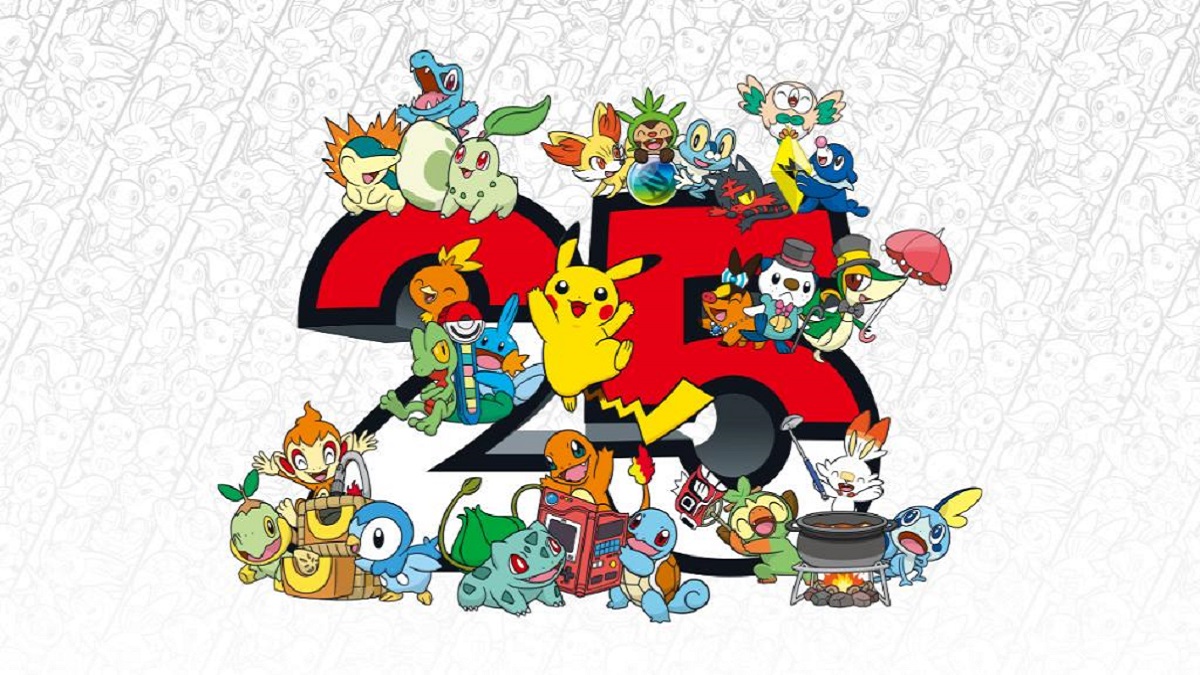 The Pokemon Company has announced the first wave of festivities to celebrate the iconic franchise’s 25th anniversary. In a press release, the company revealed a host of activities, themed souvenirs, and nostalgia-inducing events will take place throughout 2021 to celebrate Pokemon’s landmark birthday. A YouTube video, looking back on the series’ 25-year history, accompanied the media alert.

“In Katy Perry, we see a kindred spirit to Pokémon, whose world is bright, fun and uplifting,” Colin Palmer, vice president of marketing at The Pokémon Company International, explained. “Katy is a wonderful ambassador to help us celebrate 25 years of Pokémon, and we can’t wait for music fans everywhere to experience the exciting collaborations we have planned.”

The Pokemon Company is also inviting new and longtime fans alike to relive their journeys across the series’ many regions. Starting with Sword and Shield’s Galar region in March, and ending with Red and Blue’s Kanto location, players can revisit a different region every month at the official anniversary website.

Fans of The Pokemon Trading Card Game will be able to get their hands on commemorative anniversary-themed collections later this year, including oversized cards of Pikachu and starter Pokemon spanning the series’ many titles. A First Partner Collector’s binder will be available to buy from February 26 and, starting March 5, a new First Partner Starter Pack will go on sale each month. The Galar region’s starters will kick proceedings off, with Kanto’s beloved trio being the final pack to go on sale on October 8.

Finally, The Pokemon Company has joined forces with brands including Build-a-Bear, Levi’s, and Mattel to produce special merchandise and unique promotions during the festivities. More activities, collectibles, and reveals for the Pokemon anime series, mobile games such as Pokemon Go, and secret announcements, will arrive in due course.

For more information on today’s announcements and future reveals, fans can head to the official Pokemon 25th anniversary website.