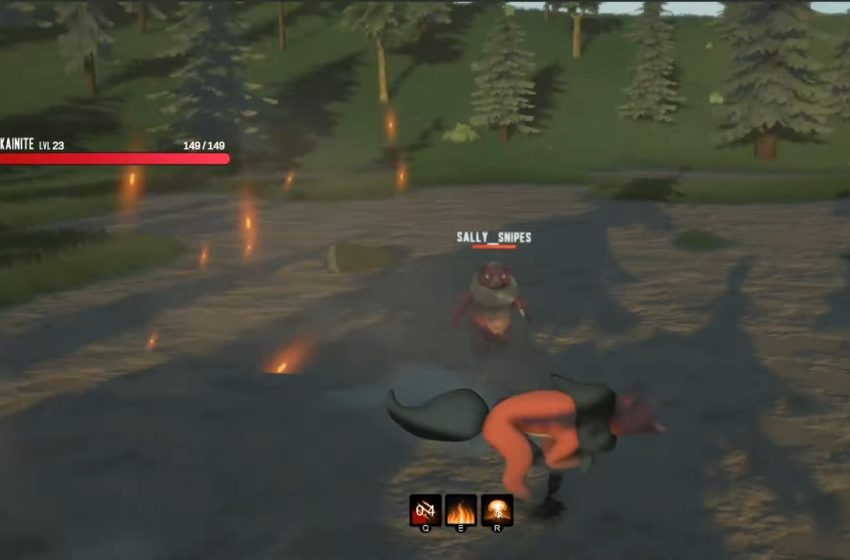 Pokémon’s blend of monster collecting and battling has become something of its genre of late with Temtem released on Early Access on Steam last week. At the same time, Konami is reportedly looking into its own monster collecting game.

And now, another game with a similar theme has launched on Kickstarter. Named Kindred Fates, this open-world monster battling RPG seems to take on many traits of the Nintendo franchise. Battling and collecting monsters known as Kinfolk, creature types that have favorable and disadvantageous match-ups with other Kinfolk, and solving an overarching plot that threatens the game’s vibrant world.

There are also stretch goals that will allow breeding, interacting more with your Kinfolk, and customization options within the game.

Where Kindred Fates differs is that it has taken a more RPG focused approach. Kinfolk can interact and talk with you, bond with you to form a closer relationship, abandon you if you treat them poorly, and even possibly perish if they lose in battle. You are not able to retrieve their ‘soul’ in time, losing them from your team forever.

The creatures are sentient beings, meaning that they have their tastes, personalities, and desires. The trailer also demonstrates a choice of speech options, which likely means that it will be deeper rooted in RPG elements.

Another big difference is that the game employs real-time combat, requiring you to time and place skill moves from your Kinfolk to take down your opponent, and catching looks currently to be less luck-based and more of a small mini-game to help you bond with the Kinfolk (as opposed to catching). Optional turn-based combat has been offered as a stretch goal.

There is also going to be online battling, with co-op play for the whole story also being offered as a stretch goal. The developer Skymill Studios is looking for $50,000, and at the time of writing after about a day has reached almost $18,000.

Kindred Fates looks like a large evolutionary step up from the Pokémon games, which has seen its formula stay fairly close to the original for almost 25 years. With heavier RPG options, real-time combat as an option and a more mature approach to the creatures themselves as the focus on the emotional connection to the Kinfolk (just look at Awburn at the end of the trailer for proof), this feels like it could be the grown-up equivalent to Pokémon if done right.