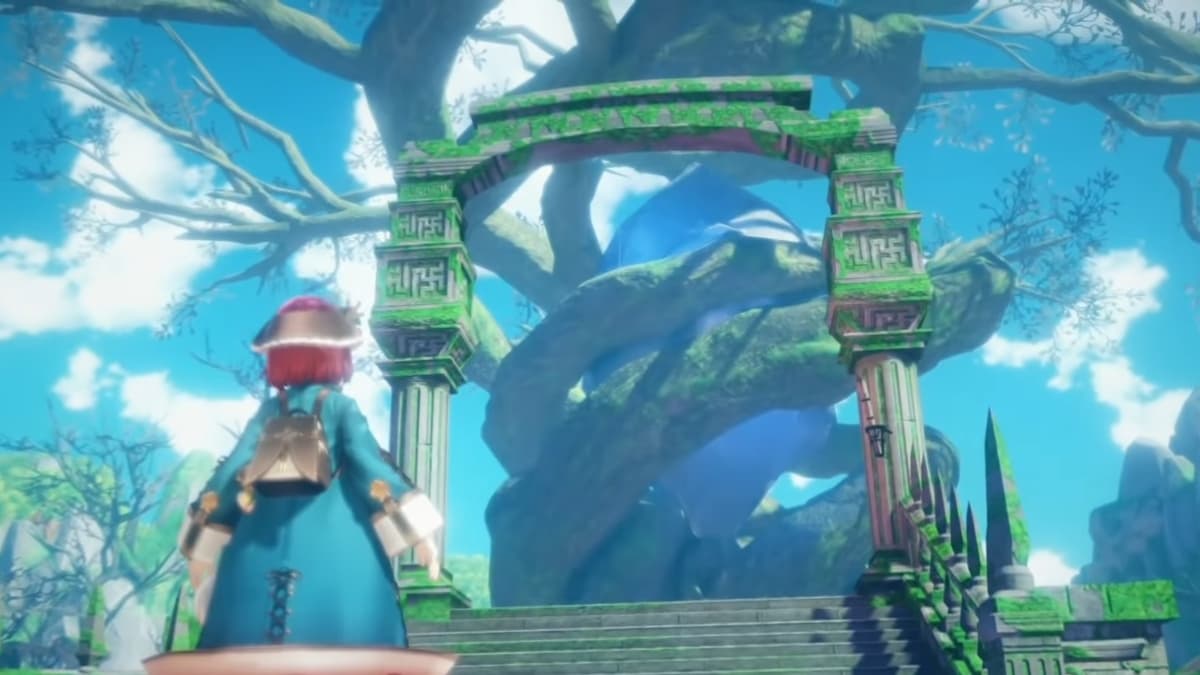 The story kicks off with Sophie Neuenmuller and her pal Plachta discovering a gigantic tree that Plachta had previously seen in a dream. Naturally intrigued, they both approach the tree where a vortex opens and promptly scoops them up, delivering them to another world called Erde Wiege.

Here, Sophie wakes up completely on her own, with no sign of her friend. She soon runs into an alchemist called Plachta, but she doesn’t seem to recognise Sophie. Undeterred, she heads out on an adventure to solve the mystery and find her friend. Along the way, she meets an aspiring alchemist called Ramizel Erlenmeyer, who seems happy to help her out.

Along the way, she will encounter plenty of battles, and, according to Koei Tecmo, these will begin instantly without any loading or extra screens to break up the flow. Once in the fight, players will use their party of six to defeat their foes in turn-based combat. They will be divided into two mini teams — the front and back — to set up a series of combos to devastate the enemy.

Outside of these skirmishes, a large focus in the game will be alchemy. It uses the panel synthesis system that the Mysterious series uses. If you’re unfamiliar, it involves placing various materials into different slots to create new items, the more complex the concoction, the stronger the item.