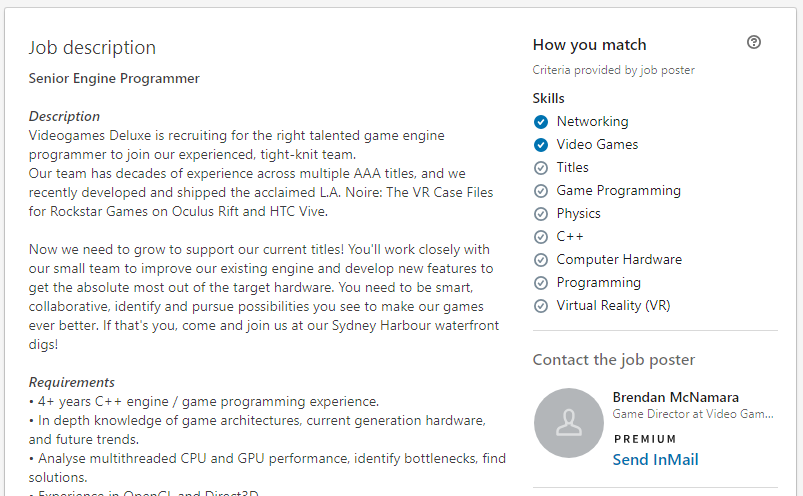 LA Noire creator Brendan McNamara is back in gaming, as ResetEra users have spotted a LinkedIn job offer by himself for the brand new studio Videogames Deluxe.

The offer has been created by McNamara and also features references to what he has achieved in the past, so it’s clearly him.

“Our team has decades of experience across multiple AAA titles, and we recently developed and shipped the acclaimed L.A. Noire: The VR Case Files for Rockstar Games on Oculus Rift and HTC Vive.”

“Now we need to grow to support our current titles! You’ll work closely with our small team to improve our existing engine and develop new features to get the absolute most out of the target hardware.”

The studio is located in Sydney, Australia, but we don’t know which publisher or platform holder could be financing and bringing on the market its next title.

After Team Bondi got closed, it looked like the partnership between McNamara and Rockstar Games has reached an end but they’ve worked together on LA Noire: The VR Case Files, so who knows…