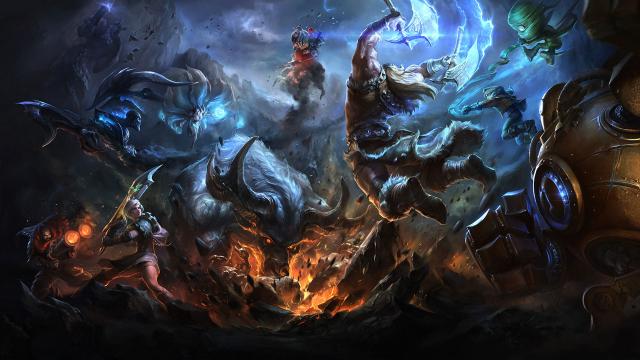 For their final release of the year, the League of Legends balance team has addressed some major concerns that have plagued audiences and players during the pre-season so far. Simple number adjustments on a handful of champions accompany some pretty massive changes to Dragon Souls, Drakes, and Lethality items.

Here’s a rundown of the highlights, with the full patch notes linked below.

Alistar has received some slightly overdue love, but the buffs are mostly minor. Small (read, 1 or 2 or less points) stat increases accompany an increase to his healing potential. Being a fringe pick in the meta last year (often picked to roam around the map while Ezreal/Sivir held bottom lane alone), Alistar should be fine here.

Aphelios has had his damage adjusted already; the balance team is hesitant to nerf the newest member of the roster, looking to parse more data before making any huge decisions. Just be glad that this is happening in pre-season.

Ezreal previously lost some poke proficiency, so they are re-adding it with a slight buff to his Q’s damage.

Garen’s nerfs in 9.24 were to ideally push the attack speed build out of the meta; however, his E change was maybe a bit much, so it’s being tuned back a bit to how it was before.

Gnar’s base damages are receiving quality of life changes, upping his trading potential.

Graves has been entirely irrelevant for some time now, and buffing his E allows the champion to access both parts of his passive, as well as his mobility tool, a little easier.

Heimerdinger never loses lane, nor lane priority, and as such has been toned down a little to be less oppressive.

Shaco is a jack of all trades, and as such he is being slightly nerfed to be less intimidating early.

Small adjustments to the raw statistics provided by each Drake have been implemented, but the tier list outlined in our earlier analysis still rings true.

For all the nitty-gritty numbers and bug fixes, you can see the full patch notes here.