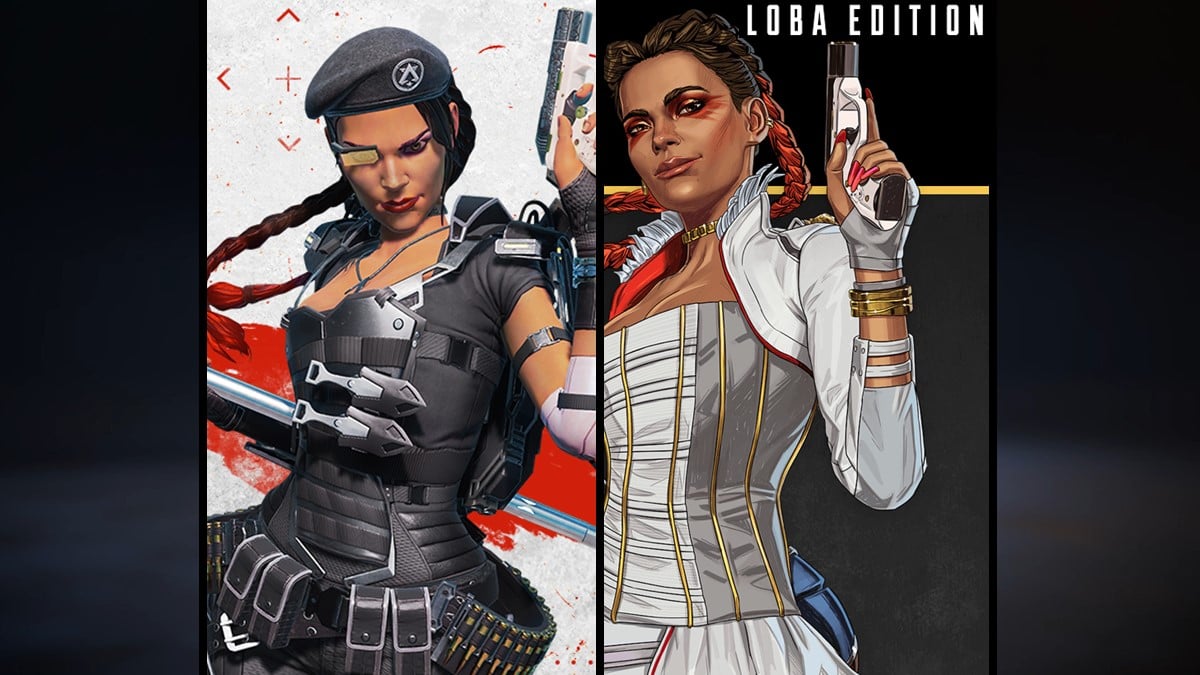 Images via Respawn and Shrugtal

Apex Legends has had quite a few DLC packs now, with various cosmetic bundles for select legends. Each Legend edition comes with a Legendary Legend skin, Legendary weapon skin, an Epic weapon charm or banner frame, a Legendary badge, and 1000 Apex Coins. According to a new leak, the newest Legend joining the Legend Edition DLC line-up in none other than fan-favorite Loba Andrade. Loba will be the first Legend released after Season 1: Wild Frontier to be getting a Legend edition.

Loba was released in Season 5: Fortune’s Favor, and has since been given the short end of the stick when it came to Legendary skins. While her standard Legendary skins are very nice, she never got a Launch Bundle Legendary skin, and a lot of her event Legendary skins have been lacking, especially in the makeup department.

Part of the reason that players are so excited to see a Legend Edition for Loba is to get their hands on a solid Legendary Loba skin. The skin is going to be called Quartermaster, according to the leaker of the file itself, Shrugtal. That said, names are always subject to change when still in development.

Loba Edition will be released in Season 11 of Apex Legends.