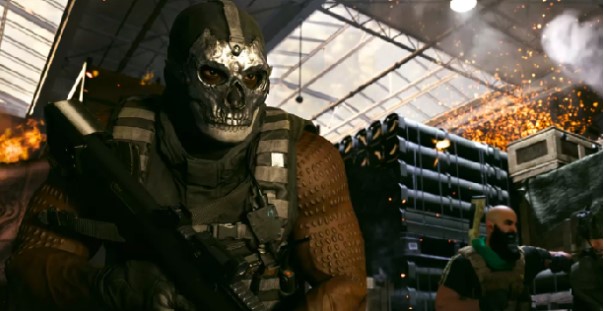 The roster of Operatives to play as in the Modern Warfare multiplayer has gotten bigger with the addition of Mace, a brand new Operative for players to take control of in their quest for victory.

Mace has been added to the game via an update as part of the multiplayer’s second season, which launched Feb. 11th, joining the extensive list of playable Operatives. Operatives are the characters that players can choose to play as during matches. Choosing different Operatives doesn’t give the players any unique benefits or skills; all Operatives are the same; it’s just a cosmetic decision for in-game. Mace had been announced as part of the new season when it started but wasn’t given a release date.

There are two factions that each team takes the side of in each match, and each Operative belongs to a certain faction, Allegiance or Coalition. While in multiplayer matches, these two factions battle against each other, for the game’s Spec Ops mode, they will team up as part of the Armistice Global Taskforce.

In honor of Mace going live in the game, Activision has given us all a list of Allegiance Operatives to refresh our memories on each character and their backstories, as well as how you can unlock each one. Some can be unlocked by completing campaign missions, some can be unlocked by performing certain actions in multiplayer, and some, like Mace, have to be bought in the game’s store as part of a bundle.

Along with Mace, Infinity Ward added fan-favorite character, Ghost, to the game. Ghost was a character in Modern Warfare 2 back in 2009. While the character met an untimely demise at the end of that game, his recognizable skull mask, as well as sharing the voice actor of other fan-favorite characters, Gaz, made Ghost an immediate stand-out in the game’s cast.

The patch notes for the full update can be found on the official Infinity Ward site.

Modern Warfare is now available on PC, Xbox One, and Playstation 4.