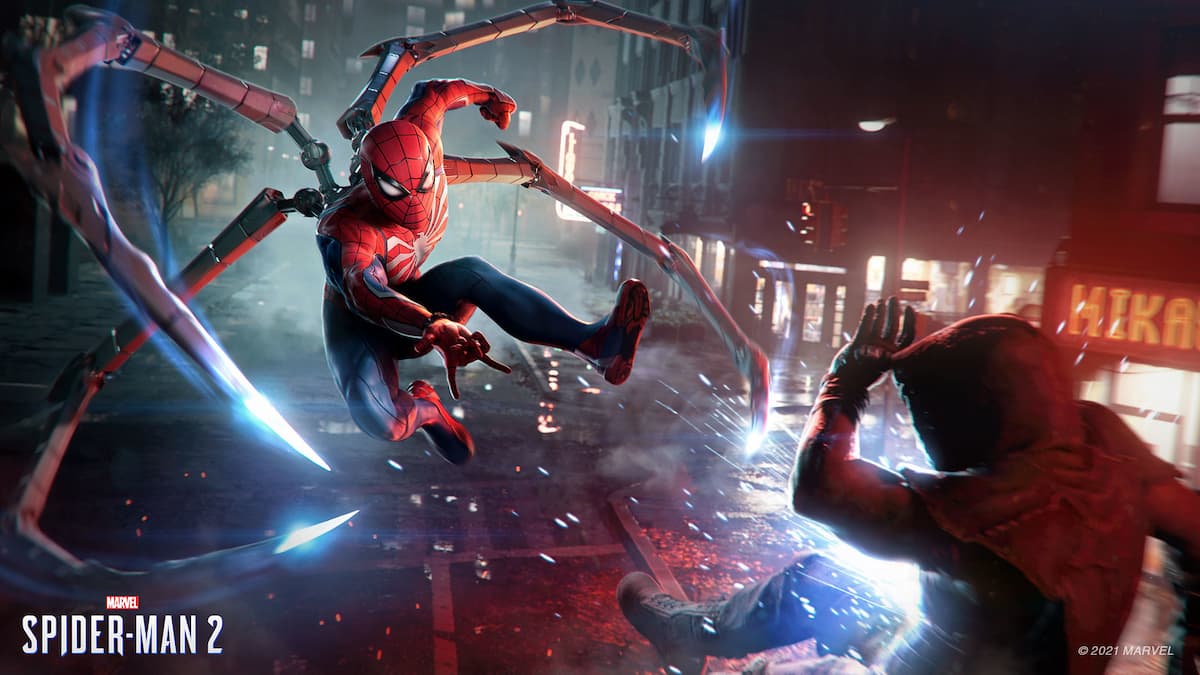 Marvel’s Spider-Man 2 is officially on the books. In a short teaser trailer at Sony’s 2021 PlayStation Showcase, fans got their first look at the game. Of course, this is just a very early look with no gameplay to speak of. However, the team behind the teaser trailer knew exactly how to get fans hyped. Not only did they reveal that the game is coming in 2023, but we also got some teases on this game’s new villains.

The teaser starts with a man talking about looking for “an equal.” This character is likely Kraven the Hunter, given both his accent and general vibe. However, we also see Venom pop up at the end of the trailer. Players who have played the first game won’t be surprised to see multiple villains making an appearance — that game had all kinds of baddies from Spider-Man’s extensive catalog appear. Now that both Peter Parker and Miles Morales are dual protagonists in the game, it only makes sense for developer Insomniac Games to go even further into the franchise’s gallery of villains.

That all said, Insomniac didn’t actually reveal too much, which isn’t surprising considering the game isn’t coming until 2023. One big question we have from the reveal is what will Insomniac do with the two protagonists? Will players switch back and forth between them? Or could there be separate campaigns as players go up against some of the toughest villains in the Spider-verse? Either way, it’s safe to say that fans of Insomniac’s Spider-Man games will be very happy as Insomniac delivers more details about Marvel’s Spider-Man 2. If you haven’t seen the teaser, make sure to check it out below.