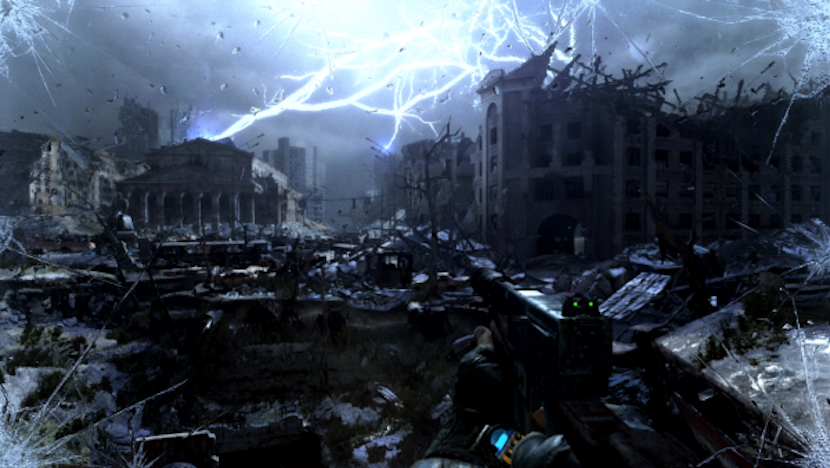 After being rumored for months, publisher Deep Silver has confirmed that Artyom will make his way to Nintendo Switch. Metro Redux, featuring remastered versions of the classic Metro 2033 and Metro: Last Light games, will release on Feb. 28.

However, unlike other Switch ports, this two-pack is being handled directly by the game’s original developer, 4A Games. Deep Silver also confirmed that these will be the complete games, including downloadable content.

Along with a digital release, Metro Redux will get a physical version with all content included on the cartridge. And as a bonus for going physical, fans who pre-order will also get an exclusive The Ranger Cache pack from select retailers. The pack includes:

For those unfamiliar with the Metro games, here’s a quick recap of what the games are about.

The original Metro 2033 came out in 2010. The story is similar to Dmitry Glukhovsky’s novel of the same name, following a soldier named Artyom. He’s a survivor of a nuclear war that has pretty much turned Moscow into a wasteland. As he journeys through the countryside, looking for ammunition and other goods to stay in one piece, he’ll come across both human and mutant enemies alike. He’ll need to think quickly and carefully if he wants to get out of this nightmare safely. Oh, and make sure you use your gas mask for this because the radiation is sure to kill you.

Then there’s Metro: Last Light, the follow-up that came out in 2013. You’re still in control of Artyom, but this time you have a much bigger mission. You’ll need to find whatever remaining Dark Ones that are in Moscow and finish them off. However, that’s a task that doesn’t come easy, as the enemies he encounters are tougher than ever before.

Both games were initially re-released as Metro Redux a year later for Xbox One and PlayStation 4, with remastered visuals. Now it’s the Nintendo Switch’s turn, and players can enjoy its harrowing world either on-the-go or in their living room.

What makes the Metro games stand out so much is its two different play styles. Here, players can select between Spartan, which follows more traditional shooter rules, and Survival, which plays out with a similar tempo to survival/horror games. There are also ten hours of additional content on top of the main stories.

Check out the trailer above, and then be sure to keep an eye out for pre-orders of the physical pack. Those goods sound too good to pass up.