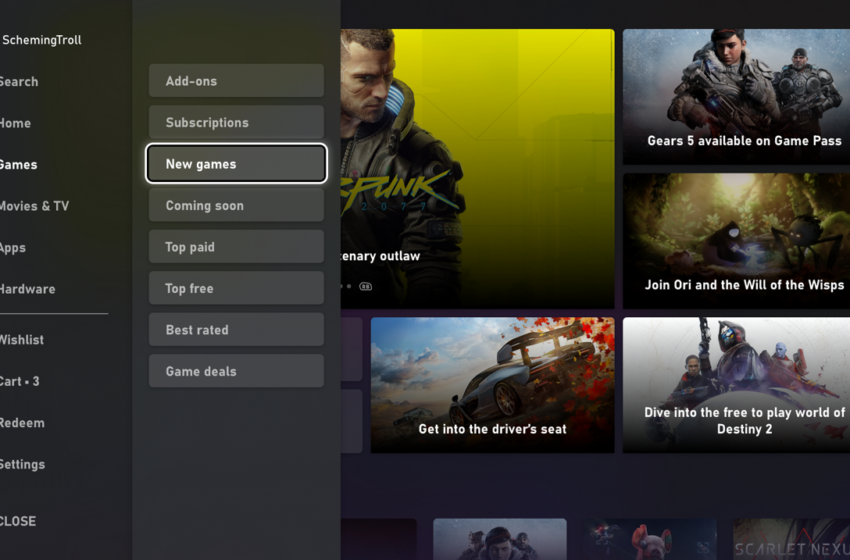 Xbox head Phil Spencer has made it known that he wants the platform to be more accessible. Well, it seems that the Xbox Store’s UI will be as well, as it will receive a redesign, coming to all Xbox owners this fall. Along with a facelift, the application will also be much faster and safer than its current state.

Visually, with the redesign, its easy to see that the new Xbox Store will be a lot less clustered, favoring bigger tabs and fewer advertisements on the home menu. Secondly, the other big change is that all game titles will have their prices listed underneath their cover images, rather than being visible after a user clicks on them.

Although, its biggest difference won’t be one players can see. “The new Microsoft Store on Xbox is more than twice as fast as before,” Program Manager Cody Bird wrote on Xbox Wire. “It launches in under two seconds, and the browse performance is greatly improved.” The UI’s speed surely sounds like that of the Xbox Series X, so it would be no surprise if the new look makes its way to the next-gen console.

The store will also see rebuilt search and wishlist functionalities. Those using the wishlist feature will now receive notifications when a game on their list is on sale. New parental controls will also be implemented, as users now have the option to sign-in again when entering the store.

Bird also adds that the new Xbox Store is just “the first of many updates” the console-maker is announcing in the coming weeks – possibly a hint at incoming Series X reveals. The redesign will be available for Xbox Insiders on August 5, with a public launch coming later in the fall.