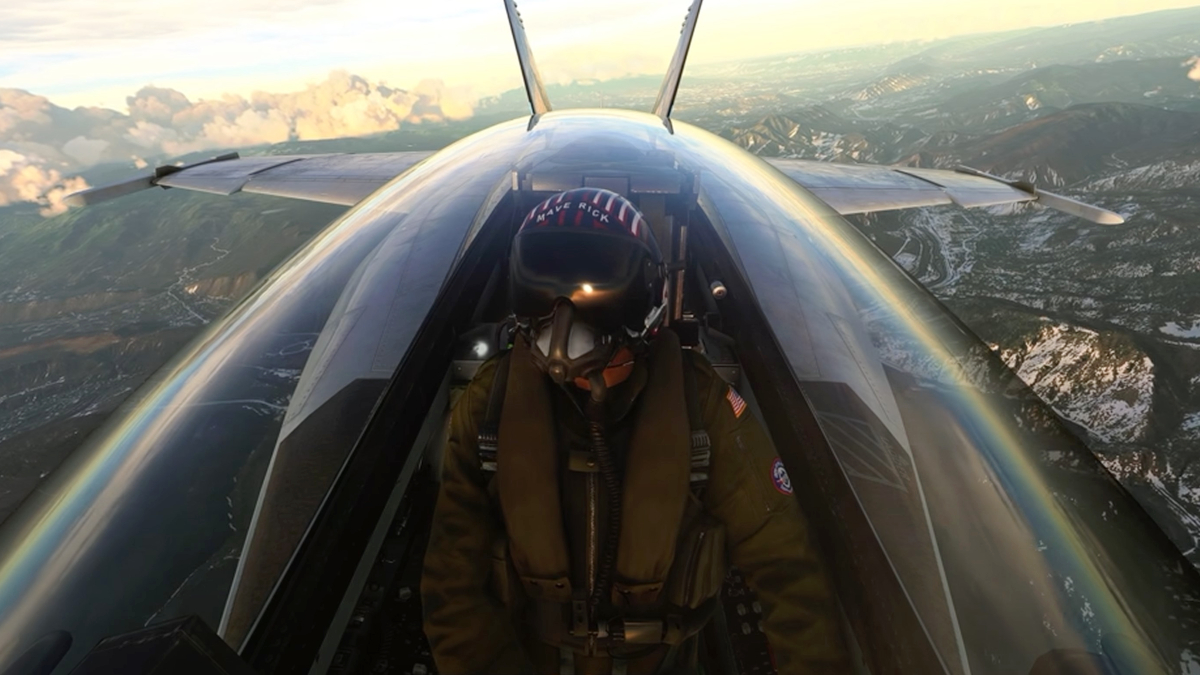 Developer Asobo Studio has delayed the launch of Microsoft Flight Simulator’s Top Gun: Maverick expansion into 2022. The move comes in the wake of Paramount Pictures’ decision to postpone the film’s release from November 19, 2021, to May 27, 2022.

The free Top Gun: Maverick expansion was initially teased for Fall 2021 at the end of Microsoft Flight Simulator’s Xbox gameplay reveal trailer back in June. While the expansion was set to coincide with the movie’s theatrical release, Paramount Pictures announced its intention on September 1 to delay the film to May 27, 2022. As expected, Asobo Studio was then forced to push back the release of the game’s free expansion.

After noting the delay of Top Gun: Maverick‘s theatrical release in a post on Flight Sim’s official website, the team said, “As we have previously announced, the Top Gun: Maverick expansion for Microsoft Flight Simulator for Windows 10 PC, Steam, Xbox Series X|S, and Xbox Game Pass will be released alongside the movie.” The team then notes that more information will be shared regarding plans for the expansion sometime in the future.

In the meantime, World Update 6 is set to launch on September 7, enhancing the regional textures of Austria, Germany, and Switzerland. With a Reno Air Races expansion also coming soon, players should have a steady stream of content to keep them busy as they wait to pilot one of Top Gun: Maverick‘s Super Hornets in 2022.