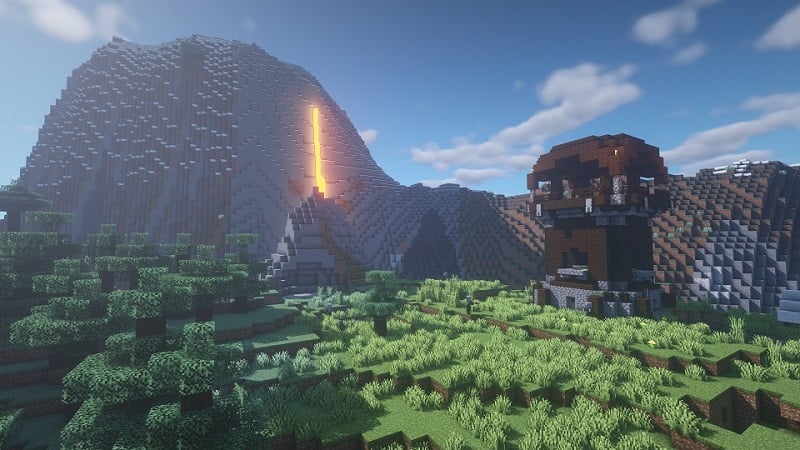 Some of you may recall back in 2017 when Mojang added cross-play support to all of its versions of Minecraft—well, almost all versions. At the time, Sony ended up being a holdout because it was unsure of the whole “cross-play” thing, stating that, at the time, “PlayStation is the best place to play.” But that’s about to change.

This morning, the team at Mojang announced that the Bedrock update will come to the PlayStation 4 version of the game starting tomorrow, Dec. 10. No, it has nothing to do with The Flintstones. But it does have to do with bringing all Minecraft players together in a universe they can share, no matter which gaming platform they choose.

The update will be free, but with an interesting catch: You’ll need an Xbox login to access certain features.

As a Microsoft spokesperson told Eurogamer, “A free Microsoft or Xbox Live account allows all Minecraft players to track progress and purchases across platforms, now including PS4. The paid Xbox Live Gold service is not required to play Minecraft.” That’s an interesting quirk, requiring an Xbox account to play online through a Sony console.

“All that glorious, unified code means that you’ll be playing the same game as your pals on Xbox One, Nintendo Switch, Windows 10, and mobile,” the blog reveals. There’s even a video that shows the importance of said unification.

In addition, PS4 players will now have access to the Minecraft Marketplace, where they can purchase a number of goods for the game, just as others have done in the past.

At present, Mojang hasn’t provided a timeframe as to when the update will be available.