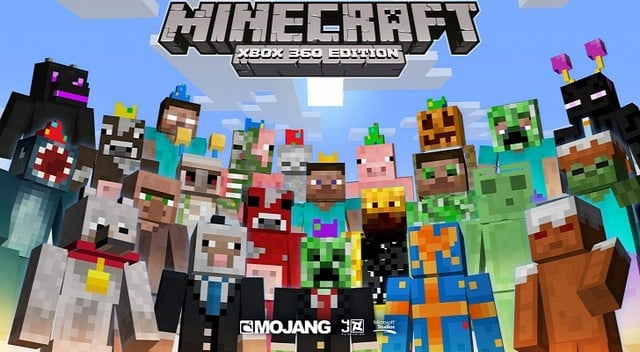 Minecraft is the king of gaming YouTube, according to the recent Rewind video the company released to wrap up 2019. As is tradition, YouTube’s Rewind video takes a look back at the year and points to some of the most popular content to arrive on the platform.

Because gaming generates enormous views and revenue for YouTube, the video includes a rundown of the top five most-watched games. Minecraft came in first with an enormous 100.2 billion views this year. Fortnite, Epic’s uber-popular battle royale, was a distant second with a comparatively paltry 60.9 billion views.

Grand Theft Auto hijacked its way into third place with 36.9 billion views, and Garena Free Fire is fourth with 29.9 billion views. Fifth place belongs to Roblox, a game that seems to be getting increasingly popular as time goes on, with 29.6 billion views.

This marks a continued resurgence for Minecraft, which spent most of 2019 charging its way back into the public eye. Despite still having millions of active players, Minecraft had become somewhat quiet over the last couple of years, but some significant updates and content additions in 2019 certainly put in back on people’s radars.

There has also been something of a hilarious war breaking out between people on the internet, as members of the Minecraft and Fortnite communities have been trying to score points over each other for various reasons. It would seem that Minecraft can chalk up another victory offer its rival, as YouTube confirms that the game’s Enderman and Zombies are far more exciting subjects than fighting each other while building houses.