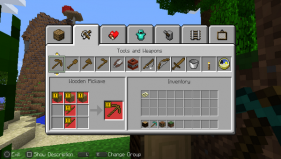 Minecraft on the Nintendo Switch has become the best-selling Microsoft game in Japan.

While Microsoft’s Xbox brand and games have been popular in the United States for years, it has failed to find much audience in Eastern Asian countries like Japan.

Nintendo and Sony’s PlayStation consoles have a strong presence in Japan, whereas Microsoft has been unable to make it big in the country. Xbox consoles don’t sell well in Japan, nor do the games from the Xbox Games Studios.

With that said, Microsoft games on other consoles generally perform better. In recent years, Microsoft and Nintendo have been forming a strong partnership, and because of it, several Xbox exclusive games have made their way onto the Nintendo Switch, including Cuphead and Ori and the Blind Forest. Banjo and Kazooie, the Microsoft owned characters, have made their way in Super Smash Bros. Ultimate.

Today, Nintendo Life reports that Minecraft on the Nintendo Switch has sold over a million physical copies in Japan, the first Microsoft owned game to achieve this feat.

Minecraft is a sand-box and adventure game, where players can craft their own tools and gather resources themselves. The Nintendo Switch version of the game was released in Japan digitally on May 2017, with a physical release arriving the following year.