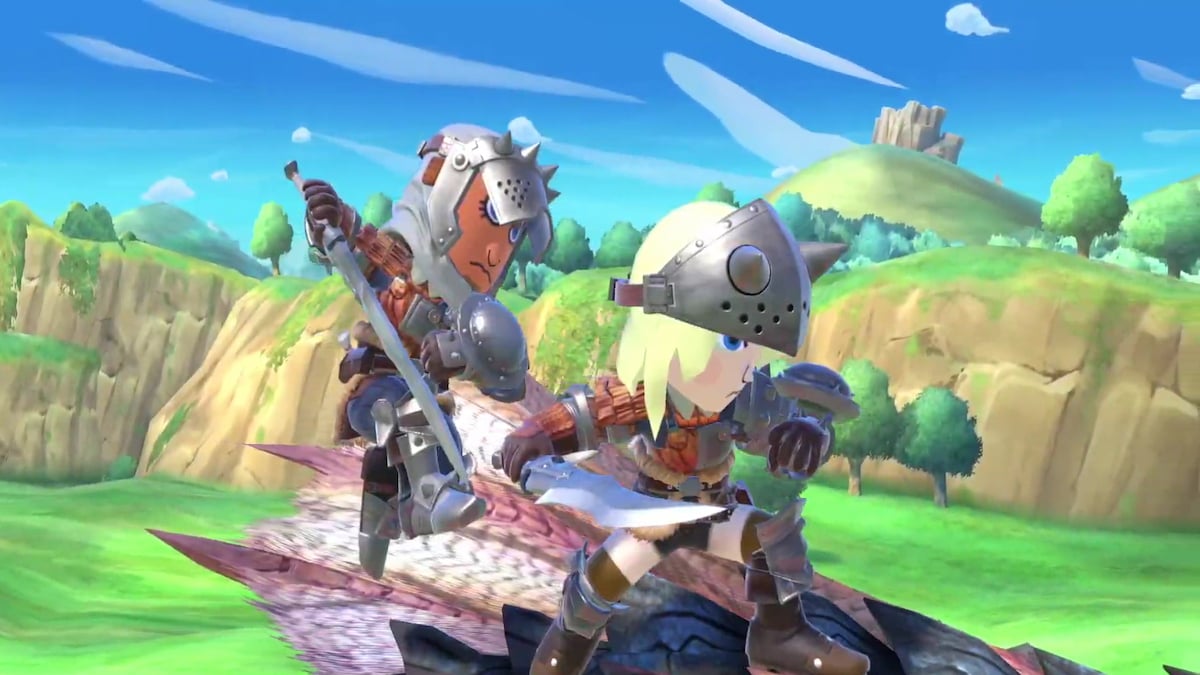 Fans of Super Smash Bros. always have their dream character. For some, that means bringing long-forgotten characters like Geno into the game. Others go for what are admittedly meme picks, characters like Master Chief or Jonesy from Fortnite. One of the bigger hopes for the last reveal was for a Monster Hunter character. To be fair, it would make sense for a character from that series to arrive – a new Monster Hunter game is launching on the Switch later this month. In a way though, Monster Hunter fans are getting what they asked for today. The franchise will be represented in Super Smash Bros. Ultimate, just in the form of Mii Fighter costumes.

Today’s Smash presentation included the reveal of two Monster Hunter costumes and a single hat for your fighters. For $0.75 a pop, players can get Hunter Equipment and Rathalos Equipment for Mii Swordfighters, as well as a Felyne hat for any Mii Fighter. Players can pick these costumes up starting today, along with Mythra and Pyra.

Of course, the sad part of this news is that we’re likely not going to get a Monster Hunter character in Super Smash Bros. Ultimate. Once a character is relegated to Mii Fighter costume-dom, that’s the end of their story. With only two more DLC fighters arriving though, this reveal does narrow down the list of potential characters.