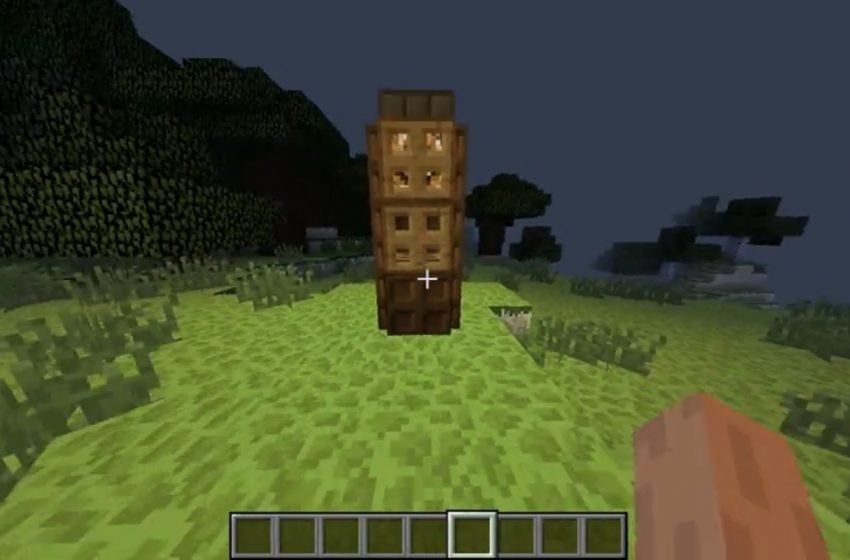 Most people focus on building massive or extremely colorful structures when they jump into a new Minecraft world, but that doesn’t always make them the coolest or most creative things that the game has to offer.

Reddit user MineloGD decided they would instead see just how compact they could make a fully functional house.

By only using one block of space, they dug deep into the dirt and cobblestone to build the most compact house. They used a combination of trapdoors, ladders, and various other useful blocks that allowed them to drop or rise freely through the oddly shaped structure.

I made the most compact house in Minecraft from r/Minecraft

Upon first approaching the structure, it looks more like a simple Glowstone lamp used to light up the area. However, when you get closer, you can see that one of the trap doors is holding a little secret. These are a way to push a player into the ground to enter an odd tower.

Once inside, MineloGD sank lower, showing the initial one block width of the structure was only slightly larger underneath the surface, allowing room to place tools like a Crafting Table, various types of workbenches, and even an armor stand.

The only floor that takes up more than two full blocks of space is down towards the very bottom where a single bed goes to provide a spawn point. Several comments in the original Reddit post explained you couldn’t use the bed as a spawn if you make a replica of MineloGD’s build.

You need at least two blocks cleared next to a bed for it to work as a spawn point if you die, which is a pretty big design flaw in the current structural makeup. You can still sleep in the bed since there is space above it, but you might want to retrofit the design a bit.

However, even with a few technical errors, the design is still a fun reminder that you can play Minecraft anyway you want to as long as you have the creativity to get something built. And the End Stone style grass surrounding the area is a nice touch too.