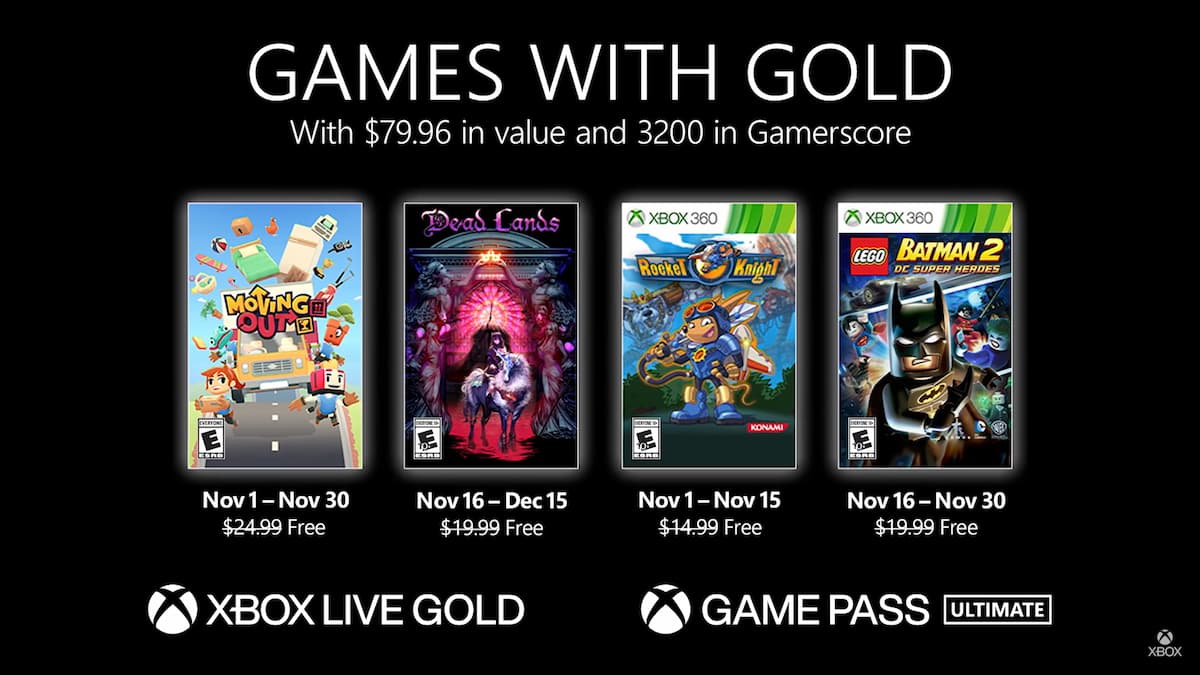 With the month of Halloween behind us, Xbox owners can look forward to a fresh slate for Games With Gold. Last month was lead by Castlevania: Harmony of Despair and Resident Evil: Code Veronica X, but this upcoming month is decidedly less spooky. Moving Out and Kingdom Two Crowns hold the spotlight for the month of November, with the Xbox 360 backwards compatible lineup also including Rocket Knight and Lego Batman 2 DC Super Heroes.

As for November’s Xbox 360 titles, Rocket Knight is available from November 1 to November 15. This 2.5D platformer is a direct sequel to the Sega Genesis classic Sparkster: Rocket Knight Adventures 2 rather than a remake or reboot. Lego Batman 2 DC Super Heroes closes out the November Games With Gold lineup, appeasing fans of the now extensive Lego game franchise. Lego Batman 2 can be downloaded between November 16 and November 30.

As always, the games on this list are available to both Xbox Live Gold and Xbox Game Pass Ultimate subscribers.