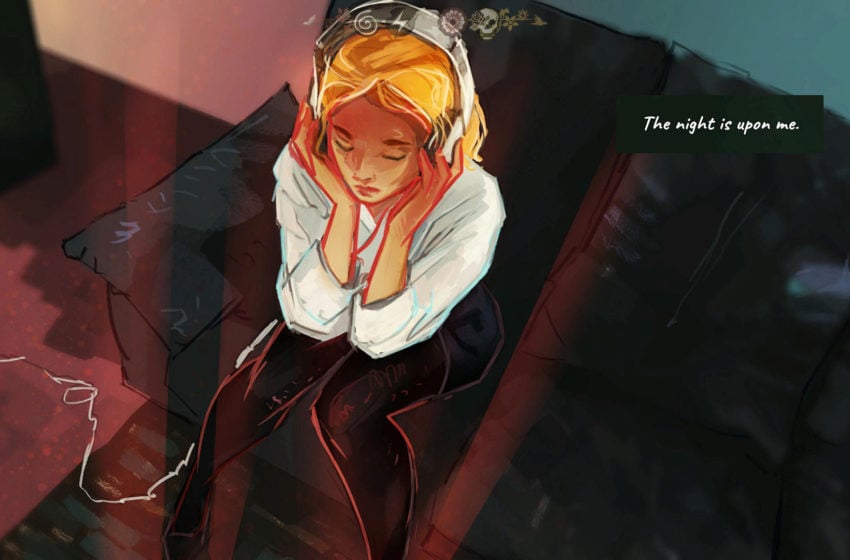 Across the Grooves, the upcoming musical adventure indie title from French studio Nova-box, will land on PC and Nintendo Switch on June 17. The time-traveling mystery game’s launch date was revealed in a new trailer posted to Nova-box’s YouTube channel. Despite the footage providing no indication that Across the Grooves would be playable on the Switch, the game will be coming to Nintendo’s hybrid console on the same date.

Across the Grooves is a hand-painted, interactive graphic novel that explores fate, the choices we make, and how our memories are intertwined with the music we listen to — or hear — every day. Players are put in the shoes of Alice, a Bordeaux-based woman who leads an uneventful life until her ex-boyfriend Ulysse sends her a mysterious vinyl record in the mail. After listening to the album and reliving defining moments from her past, Alice returns to the present and finds it completely changed.

Determined to get her original life back, Alice must track Ulysse across Europe and unravel the seemingly magical mystery behind the unique record. Players will be forced to make choices as Alice embarks on her quest across alternate realities, and each decision made will alter Alice’s perception of herself and the world.

As a music-centric indie title, Across the Grooves‘ soundtrack will shift and adapt with every choice you make and — thanks to its multiple story paths — ensures that different gamers will achieve different endings to Alice’s story. Across the Grooves, which will also be released on Mac and Linux, is available to add to your Steam wishlist now, and will be purchasable on the Nintendo eShop on June 17.