A beautiful new game was revealed at the 2019 Game Awards. Naraka: Bladepoint, made by the Chinese company 24 Entertainment, is heavily inspired by Eastern mythology and aesthetic.

The characters are shown in traditional if embellished, clothing alongside time accurate buildings and environments. On a surface level, it resembles Sekiro: Shadows Die Twice, but it already looks like it can stand on its own. The gameplay may look similar, but it is a different genre, and the experience will be very different.

The trailer featured at the 2019 Game Awards showed the fast-paced combat mechanics, beautiful scenery, default male and female characters, and the movement capabilities.

The animation is fluid and appealing, with amazing colors and contrast. One of the best features of the game is the grappling hook, shown in the trailer.

The Steam page boasts “boundless movement” capabilities thanks to your grapple. The grapple can be aimed and fired at any object, including opponents. Players can use it jump across gaps, launch themselves over a rooftop, wall run, execute an enemy, and more.

According to the details listed on Steam, Naraka: Bladepoint is an action-adventure game set in a mythical land of Morus, a land heavily inspired by Chinese scenery and mythology. According to the website, it is a multiplayer game where players will play a Forerunner to complete quests, earn points, and redeem rewards.

Naraka: Bladepoint is set to release in 2020. 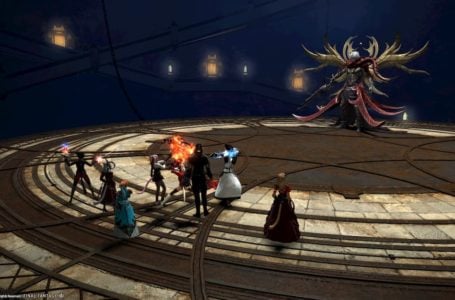