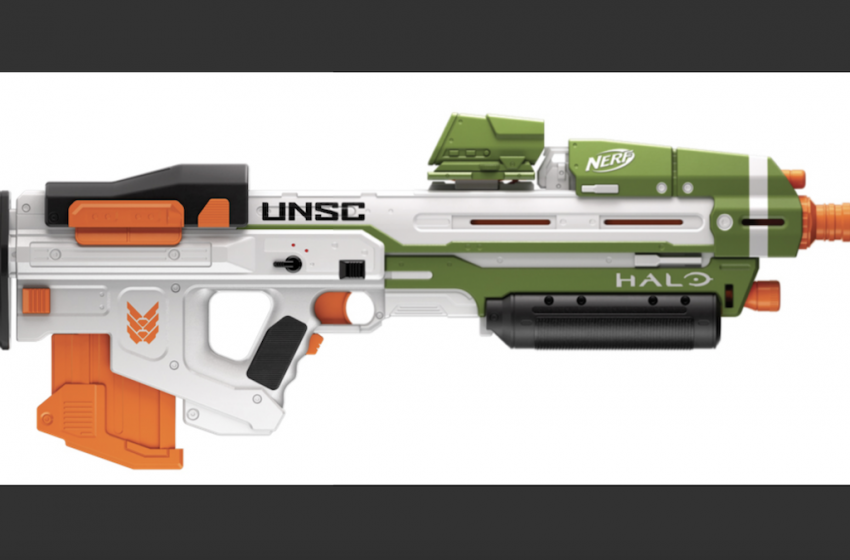 Even though there are a lot of great games on the market so far this year, there’s heavy anticipation for Halo Infinite, as 343 Industries prepares it for launch. And it’s not the only company focused on the long-awaited return of Halo.

Nerf has announced that it’s releasing three new Blasters based on the popular first-person shooter series, set for release on Oct. 1.

The first of the three Nerf weapons is the Halo MA40 Blaster. It’s based on a similar gun from Halo Infinite, complete with a clip that can hold up to ten darts. It does require 4 C batteries in order to fire off the darts, so make sure to pick some up alongside the blaster. As a bonus, it will also include a code that lets you unlock this particular skin for the in-game MA40. Once released, it will sell for around $49.99.

Next up is the SPNKR Blaster, based on the UNSC weapon. This one doesn’t require batteries and can fire off two darts in a single shot. It’s ideal for range when hitting your target, but you’ll want to make your single shot count. This blaster will go for $9.99 upon release.

Finally, there’s going to be a Nerf Needler. Based on the classic Covenant weapon, this Blaster comes with two darts and a rather slick design. It also works manually, without the need for batteries, so its price will be kept pretty low at around $10.

The three Blasters will arrive on shelves before Halo Infinite debuts this holiday season for Xbox One and Xbox Series X, and they should be ideal collectibles for die-hard Halo fans.