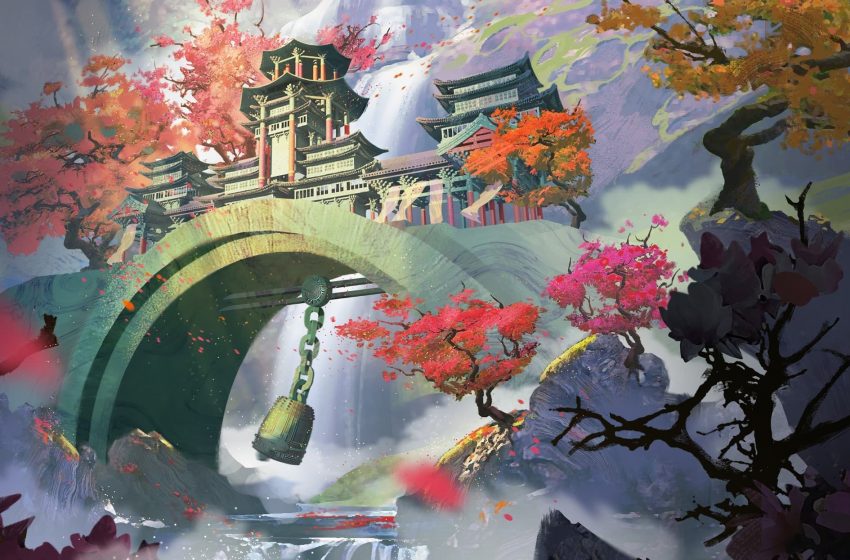 ArenaNet announced this morning that Guild Wars 2 will be getting a third expansion. Concept art for the new expansion has been released, but the Guild Wars 2 team is not yet ready to give any other information about the expansion.

In an announcement this morning on the Guild Wars 2 website, the developers for GW2 announced that a third expansion will finally be released in the distant future. “The team is hard at work, and it’s much too soon to talk about any details right now, including features, story, release date, or development timeline,” the post read. While there isn’t any information immediately available about what will be included in the expansion, many avid GW2 players are thrilled to hear that the game is finally getting another expansion after such a long wait.

GW2 hasn’t had an expansion since September 2017’s Path of Fire, despite growing demand for one by the community. The developers have instead been focusing on the episodic Living World updates. The current season of the living world updates, the Icebrood Saga, received a lot of hype from ArenaNet leading up to the release in September 2019, including an in-person announcement event that many in the community assumed would be announcing a new expansion pack. Instead, many were disappointed when the event only announced a new format to seasons, now rebarnded sagas.

With the community feeling increasingly underwhelmed, the announcement of a new expansion this early into development could bring some excitement and enthusiasm back into the player base, despite the complete lack of details.

Many players will be hoping that this expansion will finally bring the continent of Cantha into GW2. Cantha has been a wildly popular location since it was introduced in Guild Wars Factions. Since the release of GW2 back in 2012, players have been begging and pleading with NCSoft and ArenaNet to bring the continent into the game. As part of the announcement this morning, the dev team released concept art with a tantalizingly Cantha-esque aesthetic, giving the community hope that the continent will finally be introduced into the game.