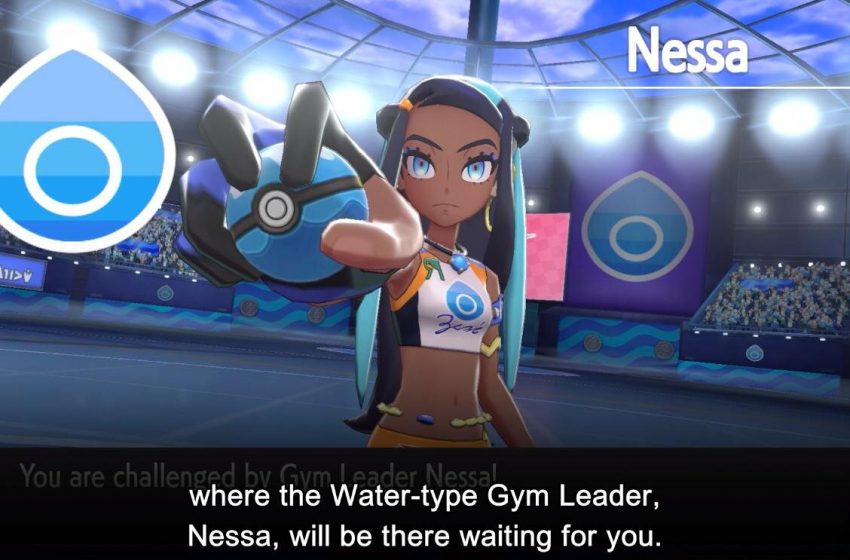 A new gym leader is introduced for Pokémon Sword and Shield.

During Nintendo’s E3 Direct, the company showed more information on the upcoming Pokémon Sword and Shield game. Since we had a Pokémon Direct last week, the E3 Direct didn’t show much new. However, it did show off a new gym leader.

Nessa is the water gym leader for the Galar region. We see her confront the playable trainer, and she uses a Drednaw in the match. She uses the new Dynamax feature to make her Pokémon grow, just like a monster in Power Rangers.

Here is how the Pokemon Company details here character in the official press release.

“Pokémon Gyms are found in stadiums throughout the Galar region and attract Trainers that are experts in specific types of Pokémon. To become Champion, players will need to defeat the top Trainers in Pokémon Gyms, also known as Gym Leaders. In Pokémon Sword and Pokémon Shield, trainers will encounter Nessa, a Gym Leader who is an expert on Water-type Pokémon. Her calm and collected attitude hides a competitive spirit and indomitable will that become apparent when she overwhelms opponents with powerful Water-type moves.”

Her name is possibly a reference to Nessie, the nickname for the Loch Ness Monster. Her name also gives credence to a very reliable leak that was released before the Pokémon Direct. The leak not only predicted almost everything that was revealed in the Pokémon Direct last week, but it also had Nessa’s name as one of the first three gym leaders. The more and more we know about Pokémon Sword and Shield, the more the leak seems legit.

Pokémon Sword and Shield is slated to release on November 15.