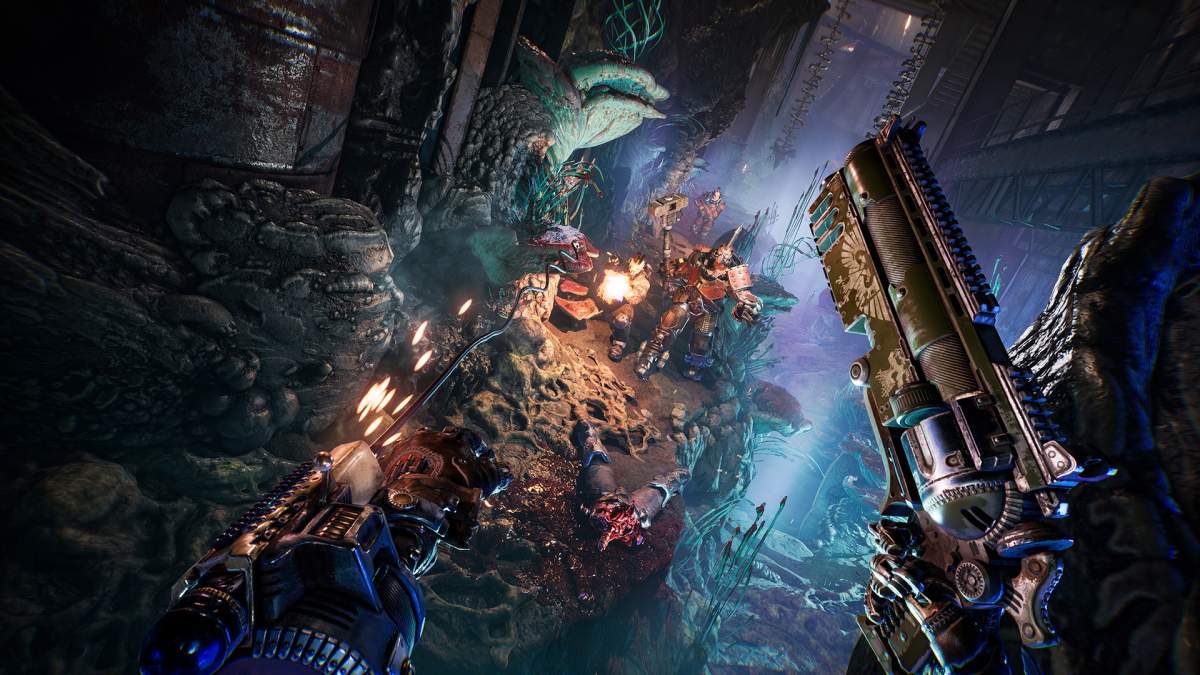 Necromunda: Hired Gun, the upcoming FPS by Streaum On Studio, released a new trailer that details what the core gameplay is all about. The trailer, titled Enter the Hive, reveals the dark and grimy world of Hired Gun: a desperate underground megapolis infested with mutants, aliens, murderous gangs, and cybernetic monsters. And yet, a population of humans also inhabits this place, and as the player, we are there to work for them as a bounty hunter for hire.

The trailer highlights the character customization options, which seem to give players a decent amount of versatility for how they want to look in the game. While there is no extensive character editor, Hired Gun offers 15 presets for players to pick from, which can be further personalized with different armor.

Then we are introduced to what Hired Gun is all about: fulfilling bounty contracts for various in-game characters. These contracts will have us traversing the vast, dangerous underground of the underhive, chasing targets to eliminate and information to uncover. The rewards come in the form of currency, loot, and chew toys for our loyal cyber-Mastiff.

Players will be able to spend their earnings on a number of melee and ranged weapons, and equip themselves with various augments that allow them to wall-run, grapple, and perform other special moves to better hunt down their bounty targets.

Necromunda: Hired Gun is set in the grimdark future dystopia of the Warhammer 40K universe, and that setting is not typically known for its humor unless you count tragic irony. People live in unlivable conditions, death is omnipresent, and everything is bad all the time. However, the trailer exudes the fun, self-aware tone of games like Borderlands, hinting that Hired Gun may actually have a more nuanced approach to its setting, and maybe even provide players with a few laughs. If the NPCs seen in the trailer are any indication, we should expect to meet a few memorable characters in the underhive.