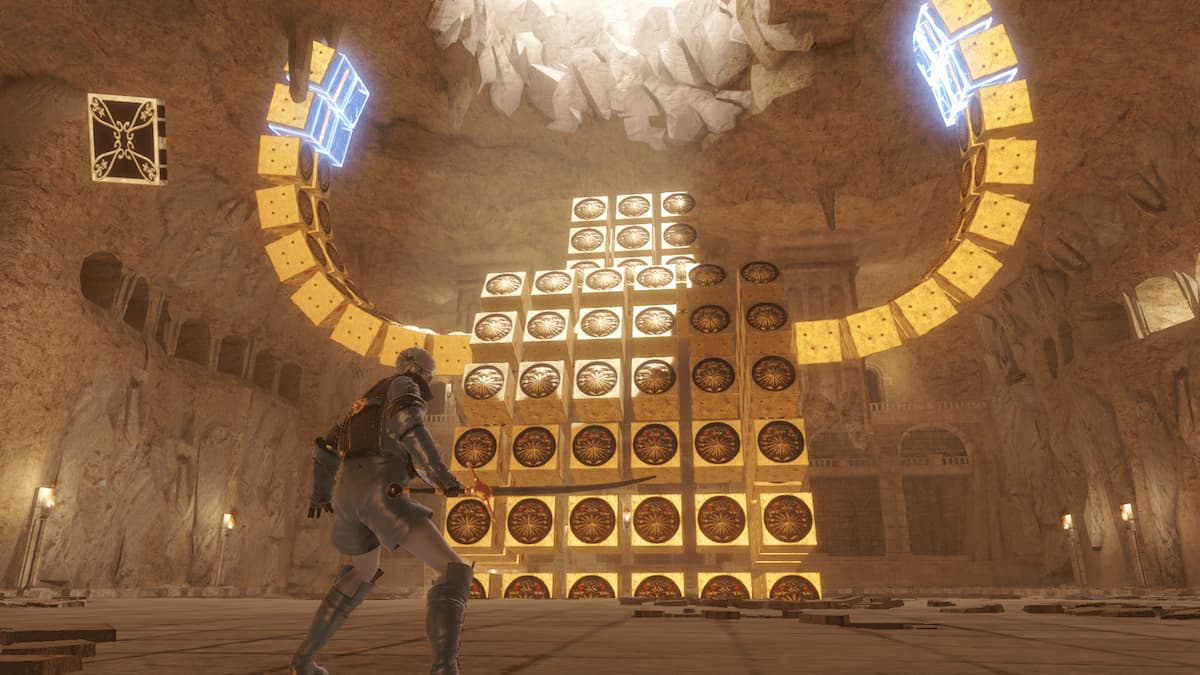 Square Enix has released even more gameplay footage for NieR Replicant ver.1.22474487139. The latest gameplay video for the title takes players through The Barren Temple. This video follows the protagonist interacting with the mysterious locals, traversing sand trap obstacles, facing off with Shades, and most dangerous of all, attacking cubes.

NieR Replicant ver.1.22474487139 is the remaster of the classic PlayStation 3 title NieR Replicant, which was previously released exclusively in Japan in 2010. This game is an indirect prequel to Nier: Automata, a popular title that many more players are familiar with. The remaster of this game will include a needlessly longer game title, upgraded visuals, and new voice acting to fit the console generation upgrade. Fans of the game will be able to play this title on Xbox One, PlayStation 4, and Steam. While these won’t be specifically optimized for the newest generation, you will still be able to take this game to the PlayStation 5 and Xbox Series X/S with backward compatibility.

Players will be able to explore The Barren Temple for themselves when NieR Replicant ver.1.22474487139 hits stores on April 23.