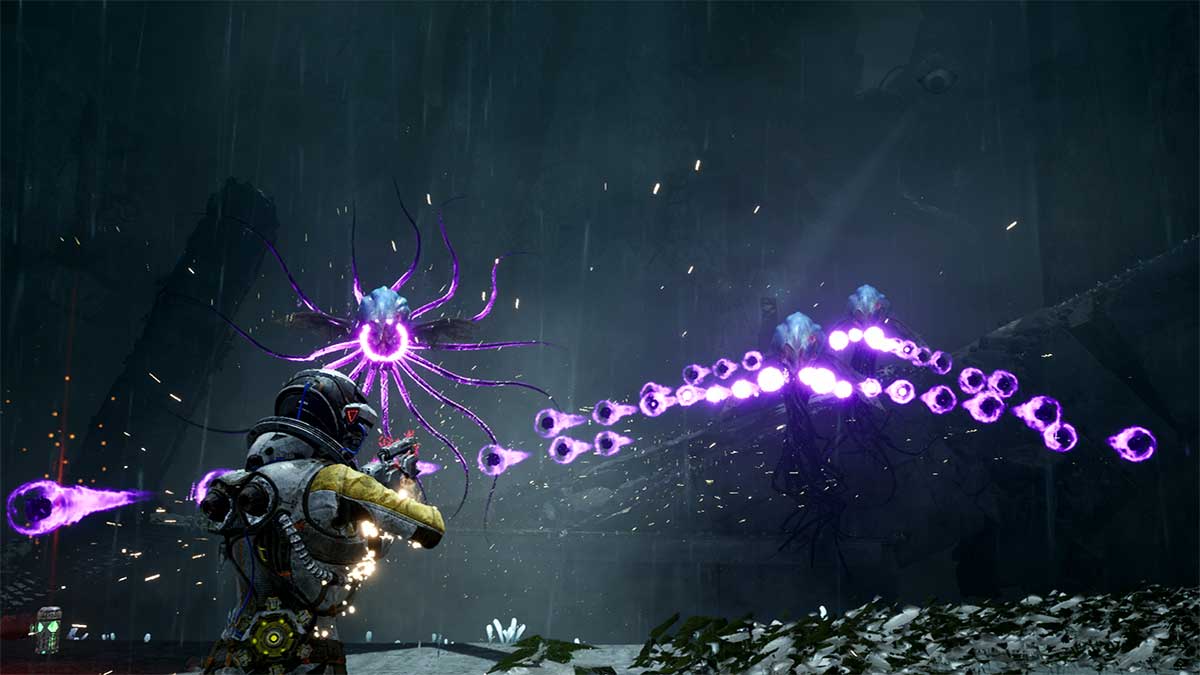 Brand new gameplay of Returnal, the upcoming PlayStation 5 exclusive from developer Housemarque, has been revealed in the second episode of their new podcast. The episode explores the origins of the concepts behind the game and its story.

According to the game’s Director, Harry Krueger, the ideas present in Returnal came out of a conversation in which the development team was asked what game they would make without any limitations.

Among the strongest ideas were a dark sci-fi story, time travel (of course), adding an unconventional female protagonist, with elements of psychological trauma to her character, opening the door to psychological horror. Ultimately, all of these ideas were collected together in an organic creative process that Krueger describes as more of a “ball of wool” rather than a crystal clear concept he had a nightmare about.

In the new gameplay itself, we see scenes where Selene, the game’s protagonist, is fighting multiple alien creatures—demonstrating precise gunplay and fast movement akin to dodge mechanics. Separately there is also a scene being played out in a strange projection reminiscent of Alien Covenant.

One last thing that stands out from this new gameplay is the range of weapons on show. It looks like players will have a vast arsenal of diverse weaponry at their disposal. When this is combined with Selene’s mobility, and the verticality present in each area, firefights appear hectic and tactical.

If you want to skip straight to the good stuff, fast-forward to 1:26 in the video below.

So far, all we know about Returnal, which was codenamed Dark Planet early on in development, comes from the blurb on the game’s store pages. Selene crash-lands on a shapeshifting world that’s different every time she dies and crashes once again. Each loop is different, and Selene must use everything at her disposal to locate the ancient civilization on the planet to help her escape.