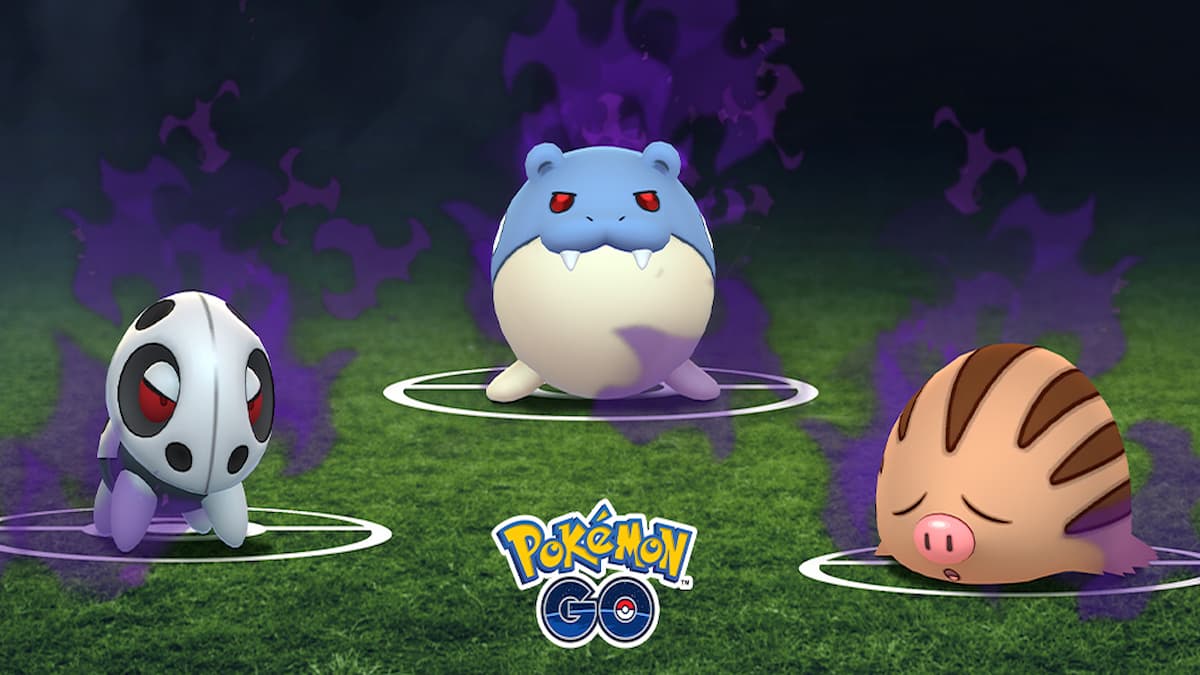 With the multiple regions of the Pokémon series receiving collection celebration events in January in Pokémon Go, Team Rocket wanted to jump in on the fun and host a collection event centered on them. The Team Rocket Collection event will be taking place from February 2 starting at 10 AM to February 7 at 8 PM, in your local time zone. Alongside the event, there are several new shadow Pokémon for players to capture, which means new shadow Pokémon transformations.

These are all of the new shadow Pokémon being introduced to Pokémon Go that you can capture and evolve.

These were the only ones mentioned in Niantic’s post, but we’ll have to encounter the others in the wild. Swinub is potentially the most notable of the choices, as its final evolution, Mamoswine, is one of the more powerful Ground-type attacker Pokémon. Aron and Nosepass are also decent options. We look forward to seeing how Spheal, Lileep, and Anorith change the Pokémon Go Battle League meta moving forward.

Multiple Pokémon will be spawning throughout the event, such as Golbat, Koffing, Ariados, Qwilfishj, Sneasel, Houndour, Nuzleaf, Stunky, Skorupi, and Venipede. You can potentially hatch Qwilfish, Corphish, Absol, Skorupi, Sandile, Scraggy, Pawniard, and Deino from Strange Eggs, which are the red eggs you receive by defeating Team Rocket leaders.

Several weeks ago, data mining group Pokéminers shared on their page that they discovered there were the hints of a Rocket-themed Collection event, and this is likely what it is. What Pokémon will be featured during the event remains a mystery. Still, we can expect trainers to battle multiple Team Rocket Grunts during the event to capture the specific shadow Pokémon. In previous collection events, players could not obtain a shadow version of a Pokémon to complete a collection. However, this event is likely all about shadow Pokémon, so players can expect to visit multiple Team Rocket PokéStops or look for the team’s balloon in the sky.

This is pure speculation. We don’t have confirmation from Niantic that this is the reason for the event. Regardless, there are plenty of new shadow Pokémon for players to capture, and all of the grunts will receive a new rotation of Pokémon to use in battle.