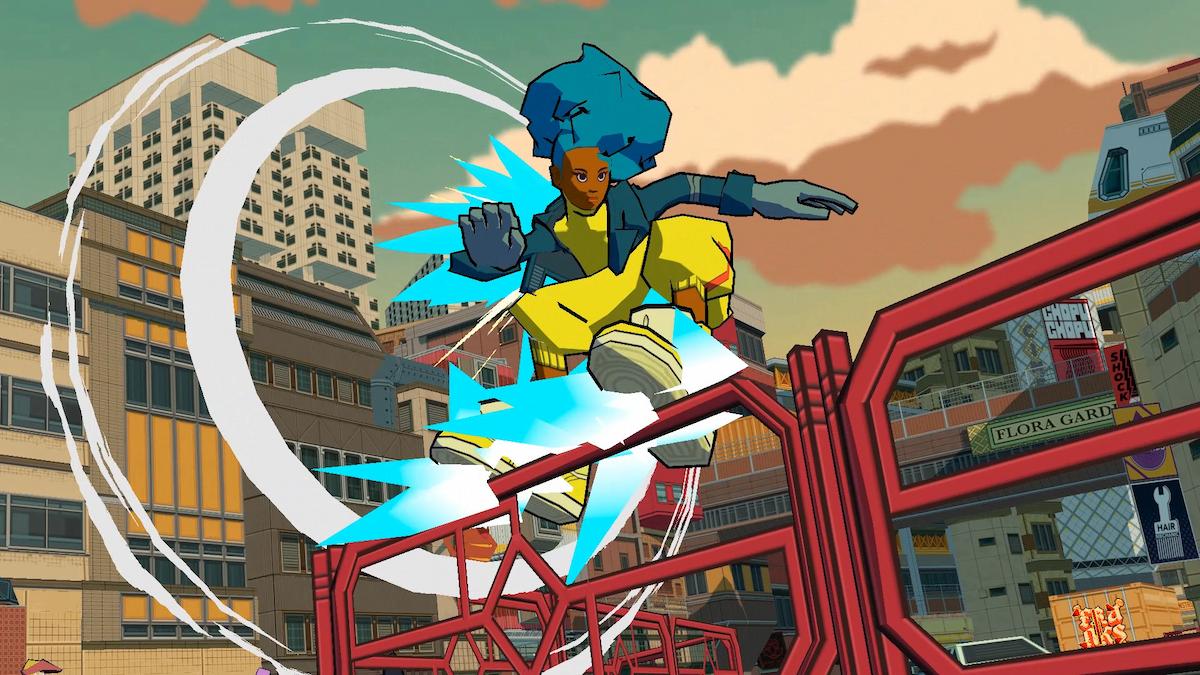 Team Reptile dropped a teaser for the Jet Set Radio-inspired Bomb Rush Cyberfunk on Wednesday that showcased the various ways players will be able to move around the game’s sprawling city. Skateboarding, bicycling, and rollerblading look to be the three primary modes of traversal, based on the teaser.

Accompanying the teaser was a statement by the game’s director, Dion Koster, who elaborated on why these particular movement styles were chosen. “Bomb Rush Cyberfunk is a big street culture symphony,” Koster wrote. “In that spirit, I have decided to include skateboarding, BMX, and inline skating in the game.”

Koster also doubled down on the game’s previously announced 2022 release window, writing that the team would be “going in hard” to ship the game in 2022.

Those familiar with Sega’s classic title, Jet Set Radio, will likely notice that Bomb Rush Cyberfunk bears a heavy resemblance to the 22-year-old hit. Released in 2000, Jet Set Radio stars a group of rebellious youths who skate around Tokyo on rollerblades while tagging the city in graffiti. Bomb Rush Cyberfunk looks to be built around a similar premise, albeit with more movement options thanks to the addition of bicycles and skateboards.

Given the similarities between the titles, Bomb Rush Cyberfunk has been lauded as an unofficial spiritual successor to the Jet Set Radio series since its announcement. Jet Set Radio composer Hideki Naganuma is even composing music for the upcoming indie title, according to the game’s Steam page.