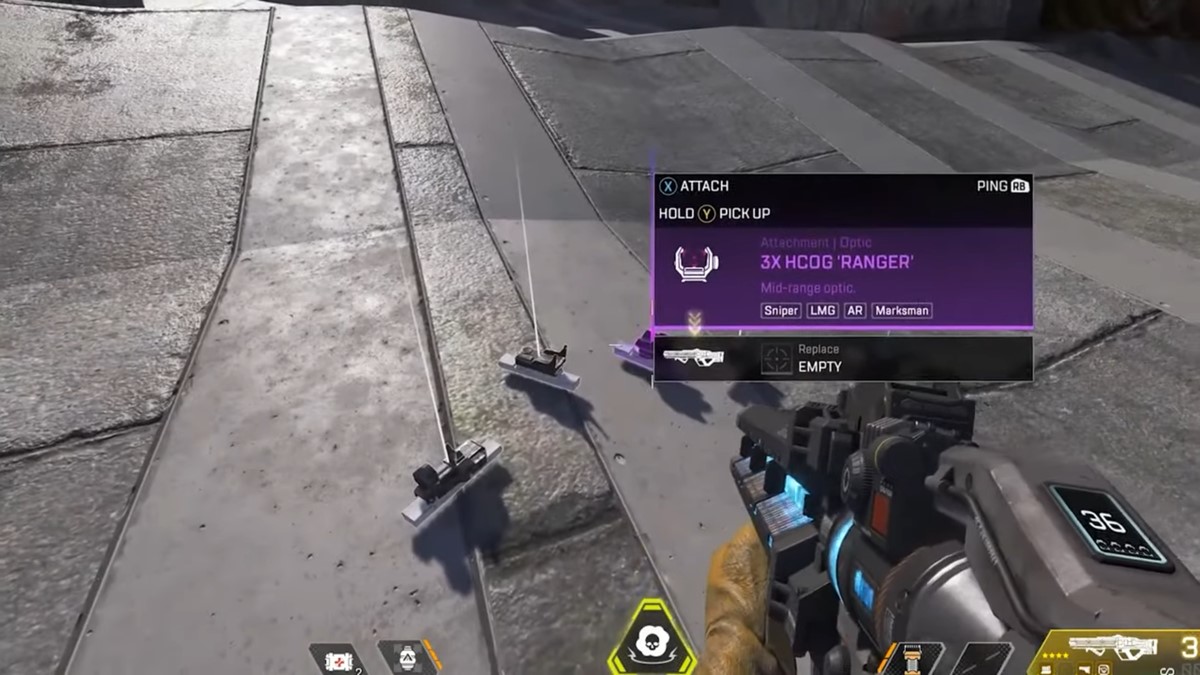 Since Apex Legends launched, new weapons, Hop-Ups, ammo types, and attachments have been introduced with various updates. There is one category that has never been touched… until now, weapon type.

Note: This article contains a spoiler for a future leaked weapon.

Thus far, the weapon types in Apex Legends have been as follows: Shotgun, Pistol, Sniper Rifle (Sniper/SR), Assault Rifle (AR), Sub Machine Gun (SMG), and Light Machine Gun (LMG). That is why when viewers watched the Devstream for the Chaos Theory event, they were surprised when at the 21:34 mark, the 3x HCOG Ranger optic was listed as being compatible with Sniper, LMG, AR, and Marksman.

While no information has been given out on what the Marksman weapon type is, we can surmise that the 1x and 2x optics are not listed for it, that this weapon is Mid-Range only. Also, given the cluttered state of the Assault Rifle category, and G7 Scout and the 30-30 Repeater run so differently than other ARs, it can be predicted that both of those guns would be moved from the AR category to the Marksman category. There is also a slight chance that sniper like the Longbow DMR may be knocked down into the Marksman category.

Lastly, past leaks have shown that there will, at some point soon, be a new weapon added into the game that isn’t a gun at all.

Finally, making sense of why the developers call all the categories’ weapon’ rather than ‘gun,’ a crossbow will be making its way into Apex Legends. The Crossbow is expected to not just fall into the Marksman category but define it, as the category will most likely be introduced alongside this new weapon.