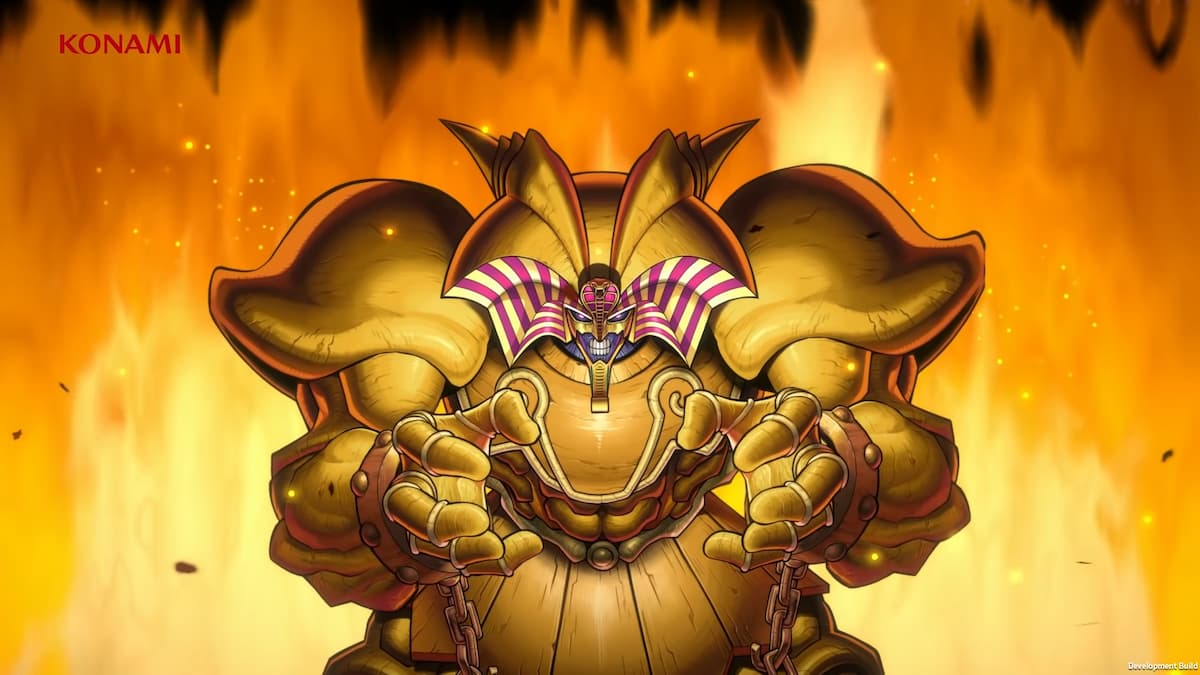 As part of the Gamescom 2021 Opening Night event, Konami released a new trailer for Yu-Gi-Oh! Master Duel, the franchise’s newest video game. The trailer highlighted some new details that fans of Yu-Gi-Oh! can expect, including info regarding the number of cards that will be in the new game.

This first look highlighted the arenas where battles will take place. Unlike the Yu-Gi-Oh! Duel Links mobile and PC game, this title will focus on the more traditional way of playing the card game. 8000 LP looks to be the starting amount of life points, and the teaser showed off the five Monster and Spell & Trap zones that will be featured on the field.

Additionally, Konami states that over 10,000 cards can be unlocked in Master Duel. However, that number does come with a caveat. A disclaimer in the trailer notes that some cards may need to be unlocked via event participation, or be purchased through an in-game transaction. This seems to indicate that Master Duel will adopt a similar format that Duel Links has in terms of acquiring cards.

No release date has been made public yet for Master Duel. Master Duel will be available for the PlayStation 4, PlayStation 5, Xbox One, Xbox Series X, PC via Steam, Nintendo Switch, and mobile devices.