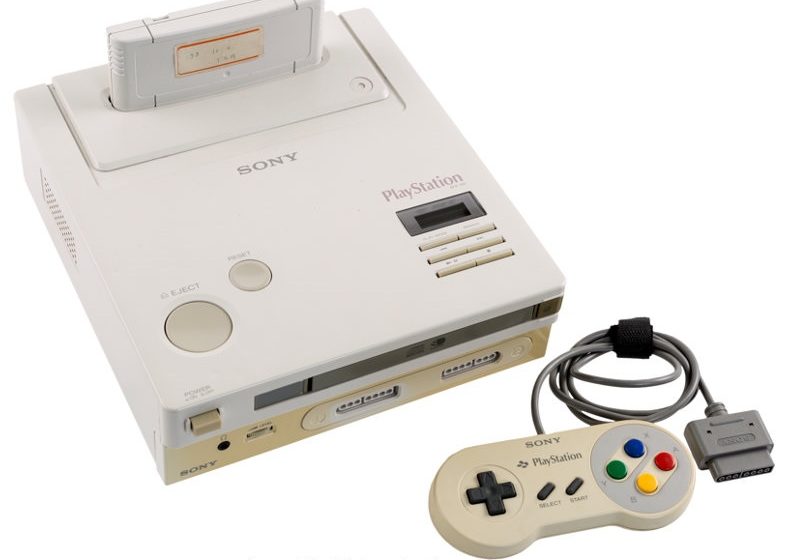 In the early stages of gaming, Sony and Nintendo combined forces to develop the Nintendo Play Station, a console that never made it past the prototype stage, in 1992. According to the listing, this console is one of the only surviving models from Sony and Nintendo’s ultimately failed partnership.

At one point, the console was owned by Sony’s founder and president, Olaf Olafsson, who later joined Advanta. Advanta went bankrupt and sold various items still in the corporate office in an auction. The Nintendo Play Station prototype was apparently one of those in the bundle.

The Nintendo Play Station is more than just a cool piece of gaming history: The console works. It’s similar to the Super Nintendo and Sony PlayStation but with its own unique features. It has a slot for cartridges, such as the Super Famicom and Super Nintendo games, as well as a CD-ROM drive. The repaired CD-ROM drive will play music, but no games were made for the console during its development. A small screen on the console shows the current track, which allows the user to listen and control their music while also playing their cartridge game. The seller says the system has run a copy of Mortal Kombat from a Super Famicom cartridge.

The controller that comes with the console has both the branding for Nintendo and Sony PlayStation on it, and it resembles a Super Nintendo controller in terms of design.

The winner of the auction will take home a piece of gaming history. While the console never made it to the shelves, the design helped Sony and Nintendo develop their own consoles, giving us much of what we have now.