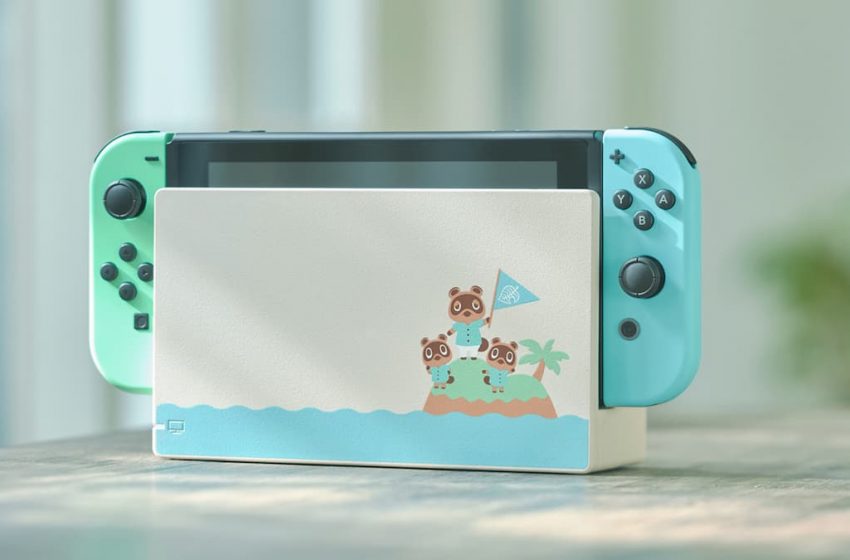 We’re just under two months away from the debut of Animal Crossing on Nintendo Switch with New Horizons. But the publisher isn’t stopping at offering fans the game—it has a specially designed Switch in-store, too.

The company revealed a special edition Nintendo Switch system that will be available a week before the game on March 13. Going for $299.99, the bundle will include a Switch system with island-themed green and blue JoyCon controllers, as well as a dock that features resident Animal Crossing character Tom Nook and his fellow Nooklings Timmy and Tommy. Animal Crossing: New Horizons itself is not included, however.

A special Aloha Edition carrying case and screen protector will also be available for purchase on March 13, featured here.

Pictures of the system’s dock and the JoyCons are included below. These are sure to be a hit with Animal Crossing fans, especially those that are fans of Nook. And the colored JoyCons have a bright, vibrant look to them, almost making you feel like taking a holiday getaway with your Animal Crossing pals. (Speaking of which, you set up your sick days, yes?)

Like Nintendo Switch bundles released in the past for Diablo III: Eternal Collection, Super Smash Bros. Ultimate, and Pokemon Let’s Go! Pikachu! and Eevee!, this bundle is likely to sell out fast. It should be available for pre-order at select retailers soon, so fans of the series probably won’t want to hesitate to get an opportunity to add this system to their growing Nintendo collection.

Animal Crossing: New Horizons will arrive in stores and on the Nintendo eShop starting March 20. We’ve included the latest trailer below, giving you a taste of what’s to come with this returning franchise.