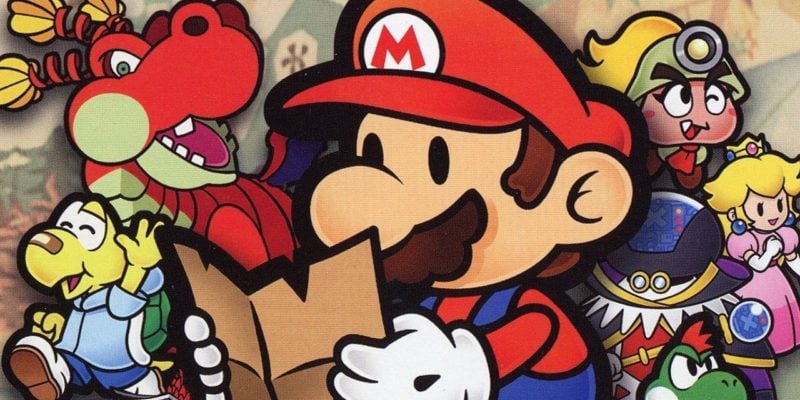 It is rumored that Nintendo is getting ready for a celebration of Super Mario Bros.’ 35th anniversary, which includes plans to release remasters of games from previous Nintendo consoles and, perhaps most exciting, a new Paper Mario game.

According to Venturebeat, sources have claimed that a Paper Mario game is currently in development will “return to that franchise’s roots” from the Gamecube and Nintendo 64 era. This implies a return to the RPG design, especially following the criticism of the platformer Wii U and 3DS games.

What is Paper Mario?

Paper Mario was first released on 10 Aug. 2000 for the Nintendo 64 and was originally known as Super Mario RPG 2. It received commercial success, and for many fans, it was the first Mario game they played, and their favorite. The game was so well-loved by the community that it was re-released for the Wii in 2007, and then the Wii U in 2015.

Paper Mario followed the same premise as other Mario games, and a mixture of 3D environments and 2D characters make the heroes look like they are made of paper.

Paper Mario: The Thousand-Year Door, the next entry, launched for the Gamecube on 22 July 2004. It was also well-received, and many fans and critics praised the game for providing fans with a more complex storyline.

Originally developed for the Gamecube, Super Paper Mario was released on Wii on 9 April 2007. This entry blended side-scrolling platformer gameplay with classic RPG gameplay, where the majority of the game was played in 2D, but Mario has the ability to flip into 3D.

The final two installments in the series were not so well received by fans. Paper Mario: Sticker Star, released 11 Nov. 2012, and Paper Mario: Color Splash, released 7 Oct. 2016 for Wii U, ditched the RPG format in favor of platformer gameplay, angering and disenchanting some players.

Why is Paper Mario so well-loved?

Most fans of the first Paper Mario games appreciate the RPG style of them because it adds more substance and plot to Mario’s world. The expanded dialogue allows for a more immersive experience and better character development, making the game memorable and special for the player, especially if it is their first encounter with Mario and his friends.

Most criticisms of Paper Mario: Sticker Star and Paper Mario: Color Splash center around how “shallow” the games feel compared to the first entries in the series. It is more difficult to get emotionally invested in a simple platformer game with no “lore” or complex plot development. By reviving the Paper Mario RPGs, Nintendo may win back some fans, and will definitely please many who have been waiting to play the series again, as it was at its roots.

The Super Mario anniversary celebration will likely further the success of the Nintendo Switch, which recently hit 50 million units sold worldwide, especially if a Paper Mario game is involved.