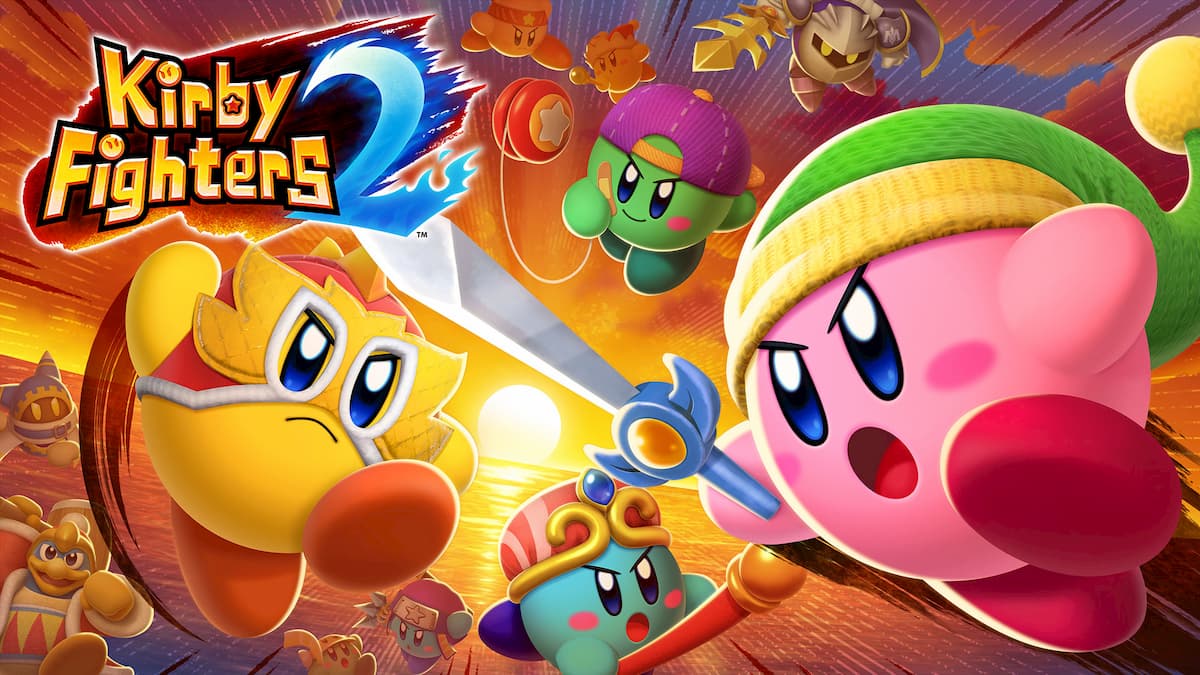 Just a day after the game was leaked via the Play Nintendo website, Nintendo decided to shadow drop Kirby Fighters 2 for the Nintendo Switch.

The entire game is available now for $19.99 and is a direct follow-up to the original game released as part of the 3DS title Kirby: Triple Deluxe and later as a standalone title in 2014.

Kirby Fighters 2 includes a time trial challenge called Single-Handed Mode, where you need to beat enemies quickly and a full story that you can play alone or with friends. A fully-fleshed out item and ability system is also included, with some mechanics carrying over from the original and Super Kirby Clash.

Tons of returning and new stages have also been included to battle on, including Fountain of Dreams, Bubbly Clouds, and the previously Triple Deluxe exclusive Waddle Dee Train Tracks.

Kirby’s new abilities have also been added, including Wrestler, which focuses on launching and grappling with enemies. Bandana Waddle Dee, King Dedede, and Meta Knight also return to the arena alongside some of the classic Kirby forms.

Kirby Fighters 2 can be played by up to four players locally on one system, locally on four different consoles, or online.